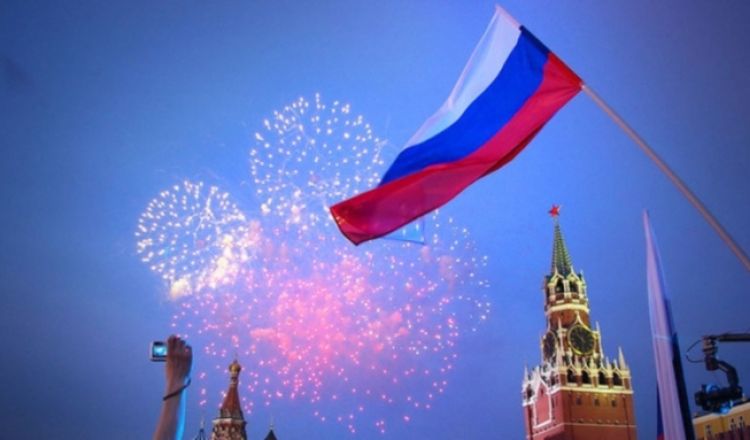 What Russians should remember on June 12?

Similarly, a year later on June 12, 1991 the first presidential elections were held in Russia, in which Boris Yeltsin became as the first president of the Russian Federation. Perhaps, the day is historical for every Russian, who celebrate it with great acknowledgment and interest. So, what Russia day actually reminds Russians?

According to incumbent president of the Russian Federation Vladimir Putin, the choice made by the Russian People during the times of trouble was a “historic choice the Russian people conscientiously made”. Initially, June 12, was declared as the Russian Independence Day, which was renamed as ‘Russia day’ in 2002 by President Vladimir Putin.

Still, a large number of the Russian population does not understand the actual context of the Russia Day, which for them is an odd concept—it is because, Russia is a historical country that existed for centuries. Nevertheless, at the state level the official name Russia Day (Dien Rossii) refers to the celebration of the adoption of declaration of Russian sovereignty by the first congress of the people Duma on June 12, 1990.

But for Russian people, June 12 is a day that marks the birthday of Russian Federation during the collapsing days of the Russian Federation, which began after December 25, 1990. Moreover, the fact cannot be denied that the collapse of the Soviet Union was the epical tragedy in the recent Russian history that brought crisis and pestilence. In this respect, the Russian people celebrate the Russia Day to demonstrate the re-birth and re-emergence of global Russia after the Soviet disintegration. Moreover, celebration of the Russia day is also about asserting the achievements of modern Russia after a brief Times of Troubles that lasted for ten years.

Perhaps, it was under the glorious reign of the Russia president Vladimir Putin, Russia revived its global stature as a major power by economically, politically and militarily re-asserting itself. For Vladimir Putin, the collapse of the Soviet Union was the greatest geopolitical disaster of the recent century. Moreover, for Putin, Russia day is actually about the celebration of Patriotism, civil peace and the Russian Unity.

The land of Moscow—the land that is my nature

Where in the dawn of my best years

I spared the hours of carelessness, attractive

Free of unhappiness and fears

And you have seen the foes of my great nation

And you were buried and covered with blood

And I do not give up my life in immolation

My wrathful spirit just was wild!

As an illustration, Russia Day is all about the celebration of the re-awakening and rebirth of the Russian soul and Russian spirit from the utter confusion. Hence, for the millions of Russians, who celebrate the Russia Day on June 12 reiterates about the notion that ‘the name Russia is chosen by God and Russians as God’s chosen people’, who survived the catastrophes for centuries. It also reminds Russian people of a great disaster because the collapse of the Soviet Union brought upheaval and chaos. In contrast, Russian celebration of the Russia Day on June 12, is significant and historic because it determines the transformations within Russia and across the globe.