China is looking to build new type of aircraft carrier 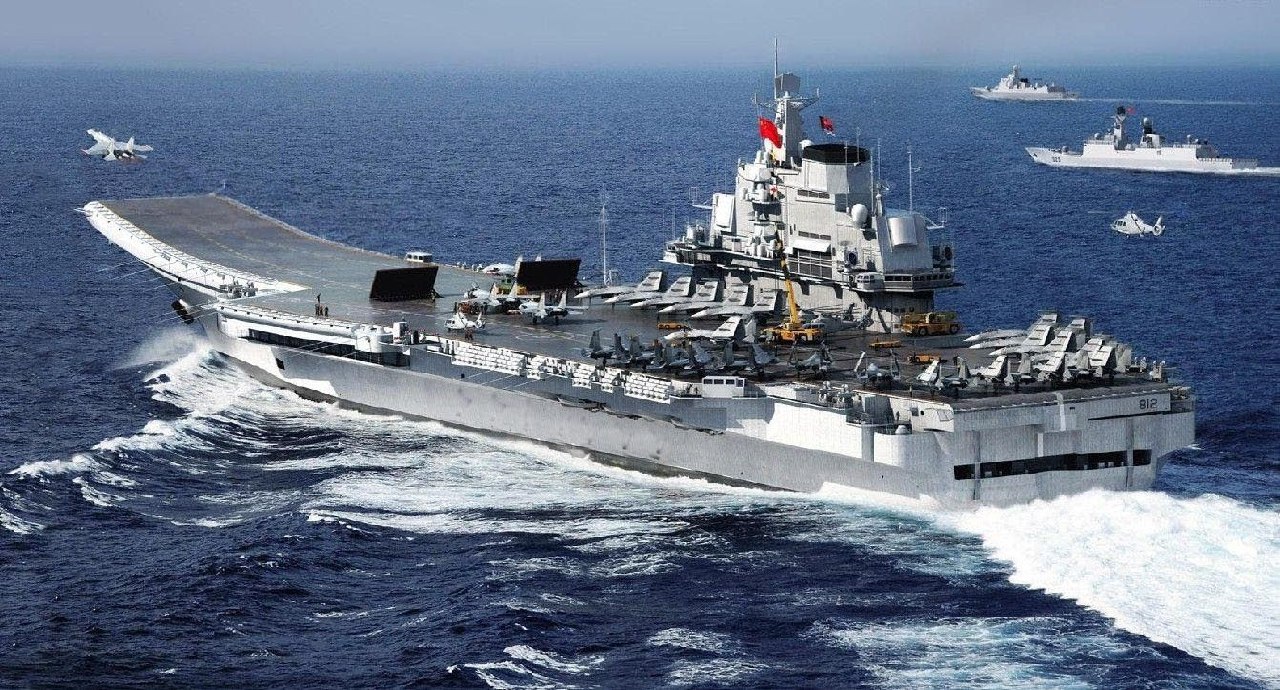 Rumors are swirling that the Chinese navy is looking to build a new type of warship. A recently leaked request for proposals (RFP) points to an amphibious assault ship with an electromagnetic aircraft catapult and arresting gear.

In a request for proposals posted on July 19 and subsequently leaked on social media, the project is referred to only as “Project XX6,” but observers have been calling the ship the “Type 076.”
Judging from some of the details included in the RFP, the Type 076 will be much like the Type 075 landing helicopter dock (LHD), of which China has already built two. The Type 075 is a kind of amphibious assault ship, which combines a flight deck for helicopters and vertical takeoff and landing aircraft with docking bays for amphibious landing craft to carry marines ashore.
However, this new kind of LHD would have an electromagnetic launch system (EMALS) on the flight deck for launching fixed wing aircraft, too, as well as the associated arresting wires for when they land again. No extant warship has ever used this configuration before.
One person even made a potential graphic model of the Type 076, although it is really little more than fan art.
​Rumors of such a warship design began swirling in online military circles earlier this week. The general consensus seems to be that the Type 076 will likely not be much larger than the Type 075, will use its catapult system to launch combat drones instead of manned jets and is in general an adaptation for the fact that the People’s Liberation Army has no equivalent to the F-35B. The US Navy and the navies of several US allies make use of the short takeoff and vertical landing (STOVL) capabilities of the F-35B, allowing the stealth jet to fly from helicopter carriers.
China’s next fleet carriers, the Type 002-class ships now under construction, are also widely believed to sport EMALS catapults, which are only used on the US Navy’s Ford-class carriers so far.
China’s Naval Drone Choices
As far as drones, the People’s Liberation Army Navy (PLAN) has several to choose from, including the Gongji-11 (GJ-11) “Sharp Sword” stealth unmanned combat air vehicle (UCAV) that entered service late last year and several new kinds of helicopter drones.
Tyler Rogoway, editor of The Drive’s War Zone section, mused last year that China using carrier-based, stealthy intelligence drones to dramatically expand the effectiveness of its long-range missile arsenal “makes complete sense.”
“Eliminating its weapons carriage capabilities would probably be necessary to reliably launch it off China’s ski-jump equipped carriers that don’t benefit from a catapult’s assistance. A configuration without a weapons bay would allow designers to tailor the aircraft’s weight, sensor, and fuel load to the ski-jump’s limitations,” Rogoway wrote in September 2019, noting it would be “far more impactful” as an unarmed spotter than as a strike aircraft.
​While the Sharp Sword could still be used by the Type 076 in that capacity, the warship’s EMALS catapult brings the question of an armed GJ-11 back into the picture. The GJ-11 is widely believed to have two weapons bays capable of carrying a total of 4,400 pounds of bombs or missiles. Its range is estimated at 4,000 kilometers (2,485 miles).
More recently, what is believed to be a small helicopter drone was spotted on the flight deck of the first Type 075 LHD, which has remained dockside at Shanghai’s Hudong Zhonghua shipyard since it was launched in September 2019.
China’s Global Times reported earlier this month it could be an AR500C, but French defense publication East Pendulum speculated it could be a WZ-5B Sky Hawk 5; both are experimental vertical takeoff and landing (VTOL) drones built by China in recent years.
​Either way, the drone is about half the size of the Z-8 transport helicopter sitting next to it, or just a little smaller than the Z-9, a French Eurocopter AS365 Dauphin built in China under license.
The US already operates a similar VTOL drone, the MQ-8 Fire Scout, which is now deployed on its littoral combat ships as a spotter.
This article first appeared in Sputnik’s English edition on July 23, 2020