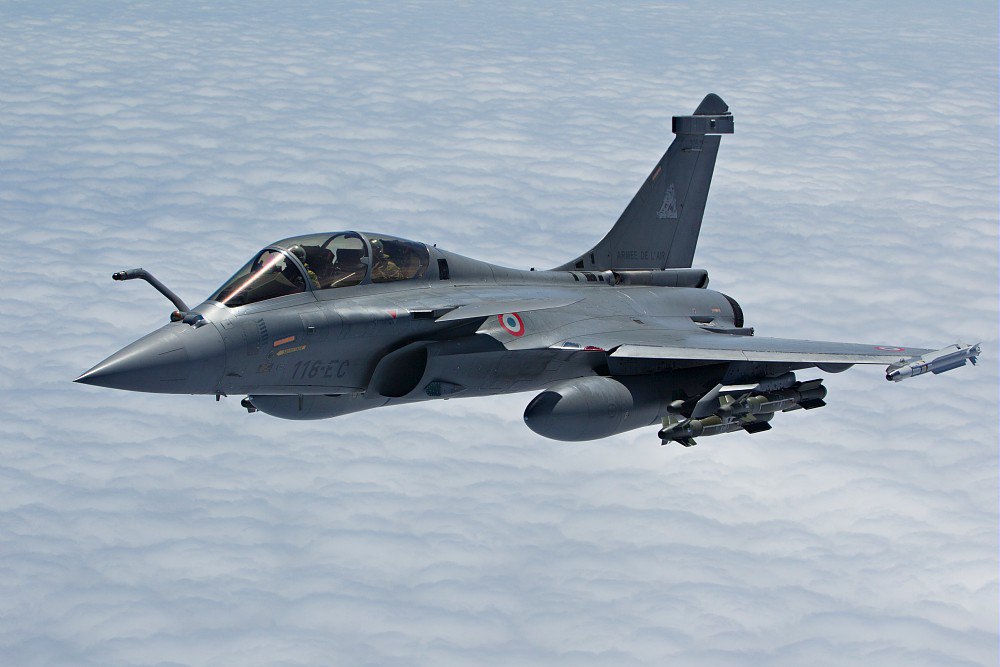 France announced Thursday that it will deploy two warplanes, and reinforce its presence in the eastern Mediterranean with one of its warships.
The French Ministry of Defense said that France will send two Rafale fighter jets and the naval frigate Lafayette to the eastern Mediterranean as part of plans to increase its military presence in the region, amid indications of tension with Turkey, the Reuters News Agency reported.
Earlier in the week, French President Emmanuel Macron called on Turkey to stop drilling for oil and gas in disputed waters in that region, which led to an escalation of tensions with Greece.
Macron had rejected Turkey’s “dangerous and unilateral” steps, expressing his grave concern about the tensions caused by the “unilateral” Turkish decision to drill in the eastern Mediterranean region.
A statement by the French presidency stated that Paris decided to temporarily reinforce its military presence in the eastern Mediterranean, in order to respect international law.
Macron called for the opening of a “peaceful dialogue” between Turkey, its neighboring countries and NATO partners.