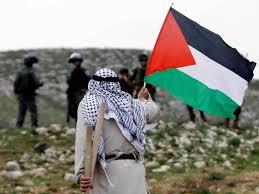 The Palestinian resistance movements have called for the Palestine Liberation Organisation (PLO) to withdraw its membership from the Arab League after its disavowal to support the Palestinian cause and fight normalization with Israel, Anadolu Agency reported.

Palestinian factions accused the Arab League of implementing the US and Zionist agendas, expressing their rejection to the normalisation and considering it a “treachery” for the Palestinian cause and a “stab in the back” of the Palestinian and Arab sacrifices.

Head of the political department of the Islamic Jihad movement Mohamed Al-Hindi indicated:

The Arab League represents states that gave up Palestine and stood beside Israel. This organization does not represent the Arab people which are loyal to Palestine.”

Meanwhile, Hamas condemned the Arab League’s abandonment of a resolution that condemns normalisation with Israel.

In a statement sent to mass media, Hamas asserted:

“The Arab League’s discarding of a resolution that condemns normalisation of ties with Israel encourages the US administration and Israeli occupation to continue their projects aiming to liquidate the Palestinian cause.”

The country of Bahrain became the latest Arab nation to normalize ties with Israel, less than a month following a similar decision by the United Arab Emirates.

The Bahraini decision, which was announced by US President Donald Trump on Friday was made despite repeated assurances that Manama will not extend diplomatic ties with Israel until Palestinians obtain their rights in accordance with international law.

The Bahrain-Israel agreement came as another shock to Palestinians who still didn’t recover from the news of the UAE-Israel normalization.