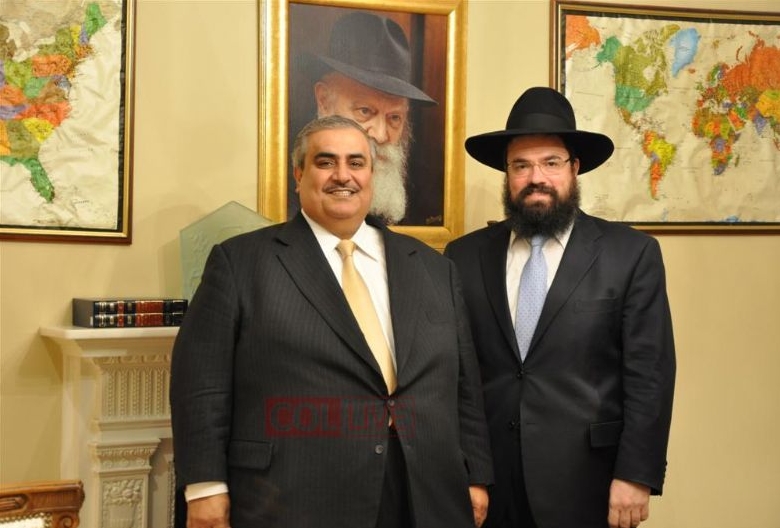 President Trump hosts a signing ceremony today in Washington which joins Bahrain, United Arab Emirates (UAE), and Israel in the ‘Abraham Accord’ which establishes full diplomatic relations between Israel and the Persian Gulf monarchies, and portends the possibility that other Arab states will join the strategic realignment of the Middle East.

The accord comes with a prize: for Trump, it is a boost for his re-election campaign, for UAE it is US-made F-35 fighter jets, Reaper drones, and EA-18G Growler jets, and Bahrain is expecting air defense systems.

The ‘Abraham Accord’ is not a peace agreement, but rather an accord to join Israel, UAE, and Bahrain in the suppression of struggles for freedom in Palestine and Bahrain.  Noura Erakat, a human rights attorney, explains the accord provides the military, financial and diplomatic infrastructure to repress popular struggles for democracy and freedom in the Middle East.

The Al-Khalifa monarchy of Bahrain is a Sunni royal family ruling over a population which is mainly Shia, poor, and voiceless. Pro-democracy protests broke out in early 2011 and were met with a brutal crackdown by security forces.

Bahrain’s monarch, Hamad bin Isa al-Khalifa, declared martial law and authorized 1,500 troops from Saudi Arabia and the UAE to enter the country to brutally crush the protesters.  In May 2017, Ebtisam al-Saegh, a Bahraini human rights activist, was interrogated for seven hours by Bahraini authorities where she was beaten and sexually assaulted.

Bahrain is part of the coalition at war with Yemen since 2015, alongside UAE and Saudi Arabia, which has launched at least 20,000 airstrikes and killed 17,500 civilians, in a military campaign that has bombed hospitals, school buses, and left 10 million Yemenis at risk of famine.

Bahrain and the UAE had the opportunity to secure a concession for Palestinians in their accord with Israel: to ease the 13-year blockade of Gaza, which has turned it into an open-air prison.  The two royal dynasties who live lives of opulent luxury seemingly can’t imagine what the Palestinian lifestyle is like.

Jared Kushner, Trump’s son in law, has said, “The Palestinians are stuck in the past.” He is right, as their past deprivations were horrific, and those denials of human rights continue today, connecting their collective past with the present in an unchanging nightmare.  The Persian Gulf monarchies have shaken-off their past: the tents are palaces, and the camels were replaced by Ferraris.  “Free Palestine” is a political ideology best remembered by the parents and grandparents of many of the Arab Gulf communities, as the younger generations have shaken-off the past and are embracing a modern society that resembles “Disneyland”.

Israel and some Arab leaders in the Persian Gulf had been discretely developing ties for years, as they share a common animosity of Iran. This animosity is shared by Trump, who ran on a 2016 campaign promise to break the nuclear deal with Iran, which he did.  Trump tasked Kushner with developing and selling the ‘Deal of the Century’, but it failed to be accepted by Israel and the Palestinians. As the Trump re-election bid draws near, his campaign needed a boost, and the ‘Abraham Accord’ comes at the right time.

The Gulf monarchies see Israel as a trading partner with a high-tech economy, and Israel sees them as a way to end its isolation while being infused with cash investments.

All eyes are on Saudi Arabia, and its de facto ruler, Crown Prince Mohammed bin Salman, who has suggested he is open to recognizing Israel; however, his father King Salman has maintained his position of the Saudi proposed ‘Arab Peace Initiative’ of 2002, which would give full recognition to Israel from the entire Arab world after the Palestinians were granted statehood. The ‘Abraham Accord’ affords Israel normalization with UAE and Bahrain while putting annexation of the illegal settlements of the West Bank on hold.  Saudi Arabia has already taken the first step by allowing Israeli commercial flights to use its airspace.

Kushner recently met the Saudi Crown Prince in Saudi Arabia’s Neom region, which is a massive high tech hub being built by the Kingdom and reportedly the site of the first open business deal between Saudi Arabia and Israel.

They discussed Palestinian issues and ways to support the US-Saudi partnership. Kushner said last month that normalization with Saudi Arabia was an “inevitability.”

Trump’s first presidential visit was to the Saudi capital, Riyadh and he has boasted about negotiating a multibillion-dollar arms sale to the kingdom while defending the Crown Prince against evidence that he ordered the brutal murder and dismemberment of the Saudi journalist Jamal Khashoggi.

If Saudi Arabia recognizes Israel, it would be an immense prize for Trump, and the signing ceremony would likely call for a Hollywood director’s talent to craft a royal pageant, and possible fly-over with green, white, and blue plumes in the sky.

Oman’s Sultan Haitham bin Tariq welcomed Bahrain’s decision to normalize relations with Israel and hopes it will contribute to Israeli-Palestinian peace, he said on Sunday. It is thought that Oman, Sudan, and Morocco will be the next in line to sign the accord.