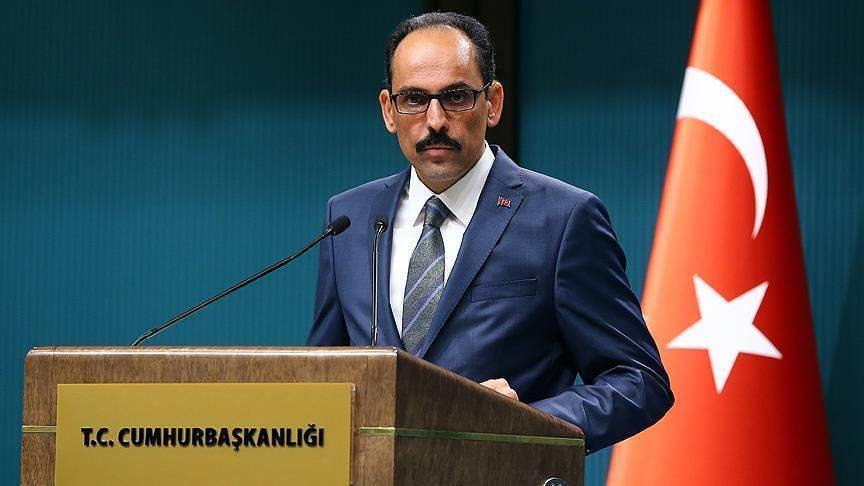 Turkish presidential spokesman Ibrahim Kalin expressed Ankara’s wish to hold a conference for the Mediterranean countries on energy, pointing out that his country is ready to cooperate with Egypt and Israel in the energy field despite differences with them.
“We welcome the Mediterranean conference on energy, and our political differences with Israel and Egypt do not constitute an obstacle to cooperation with them in the field of energy,” Kalin said in an interview with the Turkish “Demir Oren” agency .
He said, “(Turkish President Recep Tayyip) Erdogan will raise again during his meeting with (German Chancellor Angela) Merkel and the President of the European Union this week the topic of launching a conference on energy in the Mediterranean.”
Kalin denounced what he described as “the unilateral steps taken by the United States in the Mediterranean,” noting that “they do not contribute to the solution.”
He continued, “We consider Pompeo’s visit to southern Cyprus and his failure to meet with officials in Northern Cyprus a unilateral move and a position that does not contribute to a solution.”
He added, “The United States must adopt a fair and equal position if it wants to contribute to the solution.”