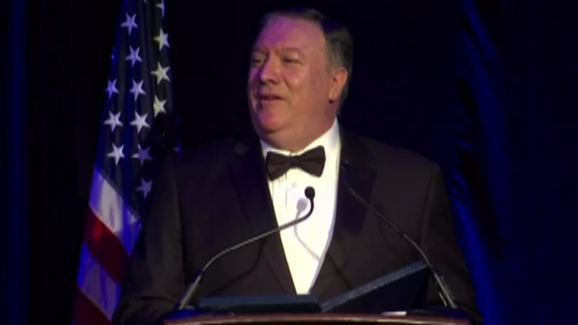 The United States on Monday imposed sanctions on Iran’s Ministry of Defense and Armed Forces Logistics, along with the country’s Defense Industries Organization, US Secretary of State Mike Pompeo said.
“Today, I will take the first action under this new executive order by sanctioning the Iranian Ministry of Defense and Armed Forces Logistics, and Iran’s Defense Industries Organization and its director,” Pompeo said.
Russia had previously called out the United States for the restoration of sanctions against Iran.
“The facts are that the UN Security Council did not take any action that would lead to the restoration of old sanctions against Iran. All that Washington does is nothing more than a theatrical performance staged in order to subordinate the Security Council to its policy of ‘maximum pressure’ on Iran and turn this authoritative body into its handy tool,” the Russian statement read.
Source: Sputnik