Home Politics US Army goes green for the environment 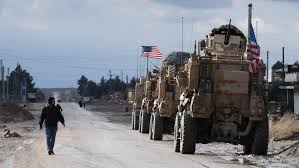 The US military is the world’s single largest polluter, but now it wants to equip some of its combat vehicles with electric engines.
The Army Futures Command has green-lighted research into equipping tactical and combat vehicles at Fort Benning, Georgia, with electrical engines.
In part, the effort by the US Army is aimed to make its ground forces less dependent on fossil fuels.
However, it is not all about green energy. The Army is looking into making its own tactical vehicles more silent, while increasing the operational distance as well.
The Army is expecting the technology to roll out within a few years, but is planning production on light-combat vehicles earlier.