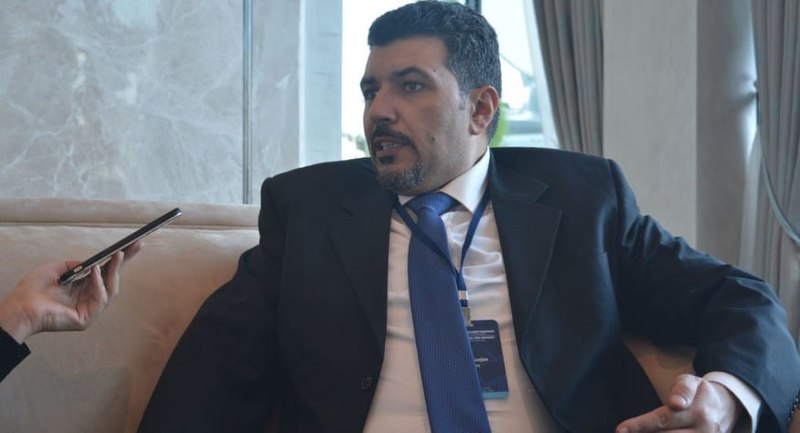 Today, violent clashes broke out between Armenia and Azerbajian, which left four of Azerbaijan’s helicopters, 15 drones and 10 tanks destroyed. Armenia has declared martial law and mobilized its male population in what appears to be edging toward a full scale war on the edge of Europe.  The conflict goes back to 1991 and has been a source of sporadic fighting over decades.

Armenian Prime Minster Nikol Pashinyan has written on Twitter: “We’re united as always, as we have been in all crucial moments of our history, when enemy has threatened our #existence, our #identity & our #values. Dictatorial authorities of #Azerbaijan must know that it’s impossible to bring #Armenian ppl to their knees.”

In an effort to better understand the conflict between Armenia and Azerbajian, Steven Sahiounie of MidEastDiscourse reached out to Sarkis Kassargian, the freelance journalist and specialist on Turkish affairs.

Steven Sahiounie (SS):  News reports have surfaced that Turkey has been sending Syrian terrorists to Azerbajian to fight against the Armenians.  What is your take on these reports?

Sarkis Kassargian (SK):  Following up on the reports that you mentioned I can confirm its correctness. The aforementioned Turkish approach is not new with regard to relying on mercenaries. We have seen this previously in Libya in a proven way, in addition to media reports that spoke about a similar situation in Yemen as well.

Turkey today has a large army of mercenaries, dangerous with its extremist ideas, as a result of its reliance on fighters who have practiced takfirist (Radical Islam) ideas throughout the years of the Syrian war. Today, those have no choice but to rely on Turkey and its salaries from which they and their families live, and their families live in areas controlled by Turkish forces and supervised by Turkish intelligence (MIT).

So, you see them ready to fight wherever Turkey sends them

For Turkey, this masterful army is a political investment to press on Russia in its national security zone, then economically as it gets sums from Tripoli Government in Libya in exchange for this army, it will demand the same from oil-rich Azerbaijan as well and a means of salvation from the burden of maintaining extremist elements who are a time-bomb. Do not forget that the United States, with its strength, has not been able to control the extremists of Afghanistan who they supported against the Soviet Union.

SS:  The Armenian-Azerbajian conflict is over 100 years old. What is the cause of the current tension between the two, which seems to be at a very high level today?

SK:   The recent tension between Azerbaijan and Armenia has many backgrounds.

First, it is related to the internal Azerbaijani situation, and the political impasse of the ruling dictatorship there. As you know, exporting the crisis by starting an external war is one of the most classic methods adopted in such circumstances.

Second, Turkey is under great Russian pressure in Idlib and Libya as it tries to wave the Azerbaijani card in the face of Moscow, which is considered very sensitive for Russia.

The third reason is the recent Armenian activity and its affiliation with the “Turkey opposition front” through meetings and statements supporting of Greece, Egypt, the UAE and other countries that Erdogan considers as enemies.

SS:  The Armenian military shot down several drones made in Israel.  Do the Israeli occupation forces play a role in supporting the conflict in Azerbajian?

SK:  Israel has very close ties with Azerbaijan and a large security and military alliance.

For Israel, Azerbaijan is of great importance due to oil supplies and its border with Iran. Over the past years, Azerbaijan has provided the Azerbaijani army with important military technologies, especially drones.

In addition to the absence of diplomatic relations between Yerevan and Tel Aviv, except at a minimum, there are no visits, no agreements, not even joint economic projects or political visions, and therefore it is expected that Israel will continue to support Azerbaijan.

SS:  Russia is a strong ally of Armenia. Is Russia working on solving the conflict between the neighbors?

SK:  Russia is a strong ally of Armenia, but at the same time Russia is also in good relations with Azerbaijan. Baku and Moscow are involved in several projects, especially in the field of energy and gas pipelines.

Certainly, Russia will not like the tension in this region, but at the same time has not been influential in finding a permanent solution to the issue of “Artsakh” (Nakorni Karabag) and has its political scores in terms of ensuring its political and military relations with Armenia and ensuring that Yerevan will not attempt to approach the recently active Western stream. In the region, especially across neighboring Georgia, in addition to Azerbaijan.

I believe Russia will try to prevent a large-scale clash between Baku and Yerevan, as for the point skirmishes, they have never stopped, and Moscow does not worry if it stays at this level.