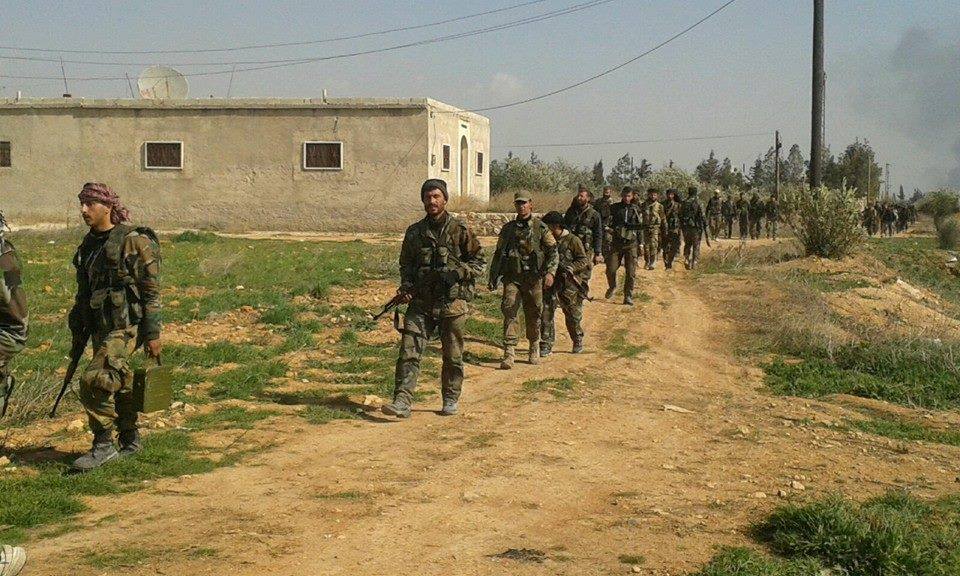 The Syrian Arab Army’s (SAA) elite forces were filmed recently, carrying out a storming exercise as part of their training in northwestern Syria.
A video that was shared on pro-Syrian Army channels showed the 25th Special Mission Forces Division, which was previously known as the Tiger Forces before they were inducted into the armed forces, carrying out a training exercise that was geared at storming a hypothetical enemy’s positions.

The 25th Special Mission Forces have been carrying out several storming exercises recently, amid reports of a new offensive that will be launched in the Idlib Governorate.
Last week, a military source in Damascus told Al-Masdar that the Syrian Army’s high command is back to holding discussions about launching an offensive in the Idlib Governorate; this comes after the failed negotiations between Russia and Turkey about northwestern Syria.
The negotiations collapsed after Russia rejected Turkey’s request to handover the city of Manbij and the town of Tal Rifa’at in northern Aleppo.
At the same time, the Turkish delegation refused to withdraw from their observation posts that are currently surrounded by the Syrian Arab Army.
The failed talks have led the Syrian Arab Army to intensify their attacks against the Turkish-backed forces and their allied jihadist groups, as the situation around the M-4 Highway (Aleppo-Latakia) continues to worsen.