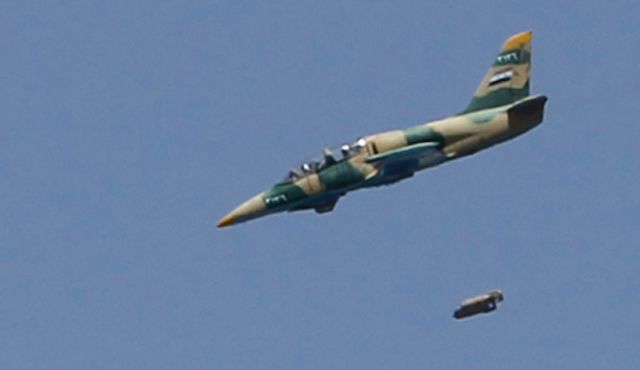 Syrian warplanes, with help from Russia, launched a number of airstrikes over the Al-Raqqa and Homs governorates on Wednesday, as they heavily targeted the Islamic State’s (ISIS/ISIL/IS/Daesh) positions.
According to a field report from the Homs Governorate, the Syrian Air Force began the day by targeting the Islamic State positions in the Badiya Al-Sham region.
The report specified airstrikes on the Sukhnah area, where the Islamic State has repeatedly launched attacks near the desert city and as far north as the Al-Raqqa Governorate.
The Syrian and Russian air forces then targeted a number of Islamic State positions between Sukhnah and Al-Rusafa, inflicting heavy damage on the terrorist defenses.
The Russian and Syrian air forces have repeatedly targeted the Islamic State’s positions in the Badiya Al-Sham region, as they attempt to weaken the terrorist group’s resolve and eliminate their remaining sleeper cells.