Home Politics Middle East Will Lebanon be the next US-NATO humanitarian war? 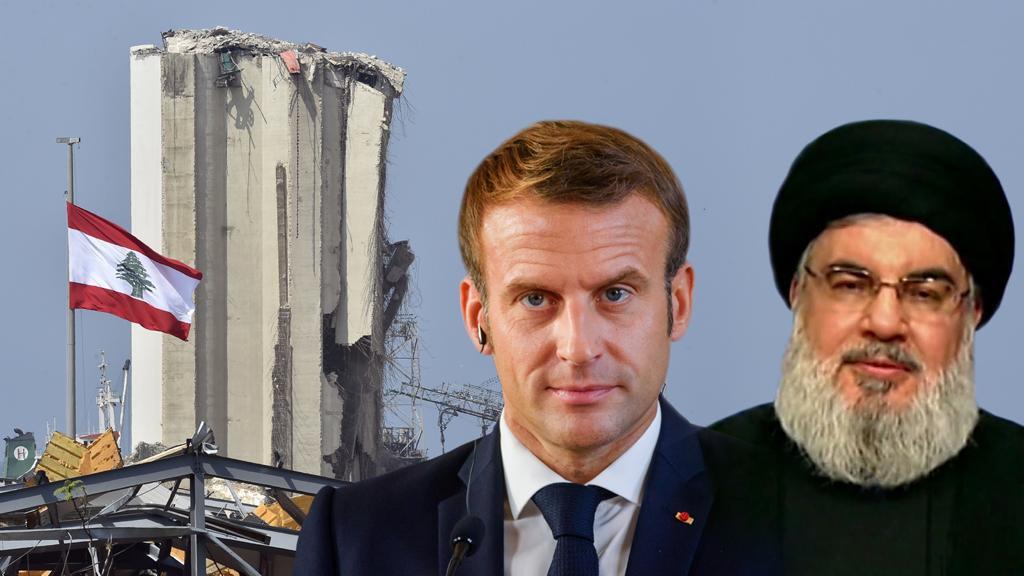 The waters off Lebanon are the scene of a gathering Armada of French and American naval ships. What appeared at first to be a humanitarian response to the devastating Beirut Port explosion on August 4, is now feared to be the prelude of the next US-NATO humanitarian war.

He accused them of “collective betrayal” while putting their parties and personal greed above the needs of the Lebanese people.

Some political observers now believe that Lebanon may well be going the way of Somalia, as evidenced by the characteristics of a failing state, such as lack of governance, corruption and incompetence, chronic humanitarian problems, and persistent social tensions.

Prime minister-designate Moustapha Adib stepped down September 26, and Lebanon’s Central Bank reserves may soon dry up and the government would no longer be able to subsidize basic goods such as fuel, medicine, and wheat.

Macron has been pressing Lebanese politicians to form a Cabinet made up of technocrats that can work on urgent reforms, and Macron has traveled twice to Beirut since August 4, while making it a personal mission to try to repair the devastated country, which some see as a neo-colonial farce.

Macron criticized the Lebanese system of sectarian politics, “as if competence was linked to religious confession.”

He lambasted Hezbollah demanding to know its characteristics and identity, and he criticized Lebanese political leaders from all parties and dynasties. Each Lebanese faction has found a foreign godfather and has ended up as a pawn in a regional and international chess game. Tens of billions of dollars have reportedly been looted by politicians and deposited in European and American banks.

In 1999 NATO updated its ‘Strategic Concept’ to allow members to defend not only other members but also conduct ‘non-Article 5 Response Operations’. It would be under this mechanism that a US-NATO military operation, along with an Arab Gulf coalition, would be used to attack, invade and defeat Hezbollah in Lebanon.

Since 2002, it was agreed that NATO forces could be sent “wherever they are needed,” regardless of the location, and in 2006 the NATO Response Force (NRF) of 25,000 troops has been fully operational.

US President Bill Clinton and NATO waged the humanitarian war on the former Yugoslavia, which broke a larger nation into ‘bite-sized’ pieces.

Critics of the US-NATO bombing of Yugoslavia have argued that certain attacks forming part of the campaign violated international humanitarian law. Noam Chomsky argued that the main objective of the US-NATO war was to force Yugoslavia into the Western economic system since it was the only country in the region that stood alone in defiance of the US world domination.

Hezbollah’s prominence in the Lebanese government caused foreign donors and investors to stay away, because of US sanctions targeted on anyone with ties to the group, based on their designation as a terrorist group.

Hezbollah’s leader, Sayyed Hassan Nasrallah, said on Tuesday, “We welcomed President Macron when he visited Lebanon and we welcomed the French initiative, but not for him to be judge, jury and executioner, and ruler of Lebanon.”

Nasrallah has headed the group since 1992 as Secretary-General; however, its military wing is considered as a terrorist organization in 21 countries, as well as by the Arab League and the European Union.

Hezbollah’s 1985 manifesto listed its objectives as the expulsion of “the Americans, the French and their allies definitely from Lebanon, putting an end to any colonialist entity on our land”.

In 2008, the Lebanese government unanimously recognized Hezbollah’s existence as an armed organization and guarantees its right to “liberate or recover occupied lands”.

Hezbollah is an armed resistance group, as well as a political party that has seats in Parliament through free and fair elections.  Their ally in Parliament is the ‘Amal Movement’, and together they hold the majority of Parliamentary seats. In a democracy, the majority rules and this is why recently Hezbollah and Amal insisted on choosing the Finance minister, which became a conflict point in the view of Macron.

Hezbollah is resisting the Israeli occupation of Shebaa Farms, an area in the far south of Lebanon. Moreover, Hezbollah also is resisting the Israeli occupation of Palestine.  At one time, all of the Arab world demanded the rights for the Palestinian people, who have lived under brutal military occupation since 1948, and the UN has ratified resolutions calling for a 2-state solution, where Palestine would be given the land of the 1967 borders, and both Israel and Palestine would live side by side in peace.

In 2017, Ron Prosor, former Israeli ambassador to the UN said Hezbollah was then “10 times as strong now as it was in 2006, and its military infrastructure permeates Lebanon.” He added that Lebanese President Michel Aoun has also “embraced” Hezbollah’s arsenal as “a principal element of Lebanon’s defense.”

Many critics tried to blame Hezbollah for the Beirut Port blast on August 4, but the Lebanese officials and locals admitted that Hezbollah had no access to the Port, or authority over it.  Even officials known to be antagonistic of Hezbollah admitted that the blame would not plausibly stick on Hezbollah. The exact cause is not known, but it may have been an accident borne of corruption and ineptitude, or it could be sabotage, according to President Michel Aoun. MP Machnouck, member of the Sunni-led ‘Future Party’ stated he was convinced Israel was responsible.

The elimination of Hezbollah is Israel’s top priority

A former director of Israel’s Counter-Terrorism Bureau, Brig. Gen. Nitzan Nuriel, said that another war between Israel and Hezbollah was “only a question of time.”

Hezbollah is the only force that Israel has faced that has caused the Israeli Defense Forces to retreat without success. Defeating Hezbollah is a top Israeli priority.

Under the Obama Administration’s Middle Eastern policy, Iran became a negotiations partner, while pressuring Israel to conclude a peace agreement with the Palestinians.

Netanyahu recently gave a virtual speech to the UN Security Council, in which he displayed a detailed map of Beirut, and he predicted the location of where a future explosion would occur, and he blamed Hezbollah for having a weapons factory and warehouse at the location, which was a residential area.  During the Netanyahu speech, Nasrallah was also giving a live televised speech in Lebanon and was told what Netanyahu had claimed.  He immediately invited all media to go to the location that Netanyahu portrayed in his map, and inspect for themselves if there were any weapons or warehouse present.  Later, the media arrived, and live local TV coverage showed that in fact, the location was a cooking gas canister factory. This confirmed the Israeli accusation was false and led experts to assume a direct connection between the Port blast, and the Israeli proposed blast in Netanyahu’s map.

The Israeli occupation of Lebanon

Israel occupied the south of Lebanon for 23 years, during which men, women, and children were imprisoned in Khiam Prison, where they were routinely tortured, abused and many died. Hezbollah aligned with many other Lebanese resistance groups, who resisted the occupation vociferously until Israel gave up and left in 2000. The south of Lebanon is populated by both Shite Muslims and Christians. The steadfastness of Hezbollah is remembered by those Lebanese citizens.  However, the North of Lebanon was never occupied and lived free of fear, oppression, and intimidation which may have influenced many Lebanese citizens either support or reject Hezbollah. As they say, “Your view depends on where your seat is.”

Recently, the Lebanese Army fought fierce battles against Radical Islamic terrorists near Tripoli in the north, in the area of Wadi Khalid.

In 2016, Efraim Inbar, an Israeli scholar, and the director of the Begin-Sadat Center for Strategic Studies wrote, “The continuing existence of ISIS serves a strategic purpose,” and added that ISIS “can be a useful tool in undermining” Iran, Hezbollah, Syria, and Russia and should not be defeated. He wrote, “Stability is not a value in and of itself. It is desirable only if it serves our interests,” and stressed that the West’s “main enemy” is not ISIS; it is Iran.

Saudi Arabia part of the Coalition against Hezbollah

The King of Saudi Arabia rarely gives speeches; however, he made a televised speech in which he accused Hezbollah of the Beirut Port blast, apparently unaware that that accusation has been debunked. This is the same King who summoned Prime Minister Saad Hariri from Lebanon to be kidnapped and forced to resign in Saudi Arabia. It was President Macron who personally negotiated Hariri’s freedom.

It appears that Saudi Arabia will be among the first Arab countries to send support for a US-NATO attack on Lebanon to eliminate Hezbollah.