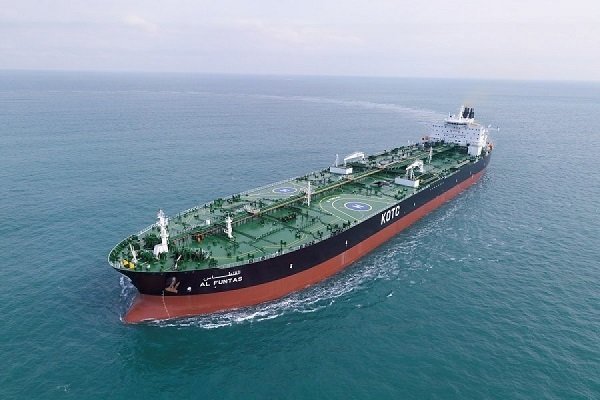 On Saturday, an Iranian fuel tanker entered Venezuelan waters, carrying large quantities of fuel to help solve the fuel shortage that afflicts the latter.
According to the agency Reuters, the Iranian fuel tanker “Faxon” was able to enter the territorial waters of Venezuela, loaded with about 234,000 barrels of fuel.
The agency quoted Refinitiv Icon data, which indicated that the vessel arrived around 7:00 A.M. on Saturday in the northern state of Sucre, in northeastern Venezuela.
The data also indicated that the second Iranian vessel “Fortune” had already docked at the port of Amway in western Venezuela on Friday, while the tanker “Forrest” docked at the port of El Paletto in central Venezuela last Tuesday.
The Iranian government provides support to the Venezuelan government, which suffers from a significant shortage of fuel and oil.
America had confiscated more than one million barrels of fuel on its way to Venezuela last July, with the aim of obstructing trade between the two countries, according to the Iranian Fars News Agency.
Both Iran and Venezuela are currently under a major economic blockade that was imposed by the U.S. over the last few years.
The U.S. has previously threatened to block the fuel trade between Venezuela and Iran, prompting Washington to redirect one tanker to a port in Texas.