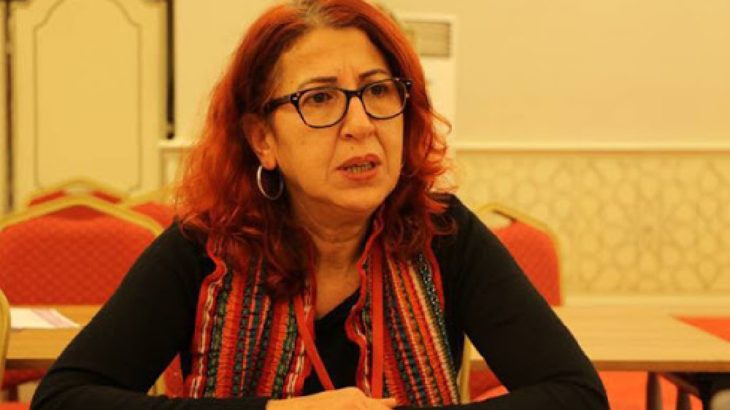 The situation in Turkey is precarious. The Turkish-US relations are strained, and now US President-elect Joe Biden will enter office soon, and the relationship may soon face even more stress. Turkey is in economic peril, domestic suffering, and highly involved in a foreign conflict while occupying Syria.

In order to understand the situation, the players, and the possible moves, Steven Sahiounie of MidEastDiscourse reached out to the noted Turkish writer Hamide Rencusogullari, a retired Philosophy teacher, Middle East expert, author, columnist and television programmer.  She is the author of four books, and the Publishers Association awarded her “2018 Freedom of Thought and Expression“.

Steven Sahiounie (SS):  Last week Turkish President Erdogan made  a statement that upset Iran. Why do you think Erdogan did that?

Hamide Rencusogullari (HR):  Firstly, even though Turkey had too much intervention to Azerbaijan about war, could not take a place at the table. In order to compensate for this defeat, a liberation day event was organized with Azerbaijan, and Erdogan wanted to convey the “Turkey remains in Azerbaijan” message to the world by personally attending the military parade. Secondly, by the poem he read, he bothered Iran with its national sensibilities. He did not read this poem while not knowing that it would cause a diplomatic crisis, read it knowing that it would anger Iran. In my personal opinion, he wanted to give a message to the new president of the US, because the relations of the US in the region are shaped through Iran. It is necessary to know that Turkey being a partner of Iran on the Astana agreement does not mean that Turkey is an ally of Iran. At that time, the sanctions of the US on Turkey was on the agenda.  He both wanted to prevent these sanctions and to give an “acting together against Iran” message to Biden.

SS:  Turkey and Russia are working very closely on the Syrian conflict, but they have failed to implement the agreements over Idlib. What do you think the two countries will to solve the Syrian crisis, and will the Turkish government stop funding the Radical Islamic terrorists in Idlib and North Aleppo?

HR:  Turkish-Russian relations are based on a relationship of mutual interest. This partnership started in Sochi. In fact, Russia’s biggest gain from this partnership is giving the responsibility of jihadist groups in war fronts in Syria to Turkey by evacuating them. This gain is also an achievement of the Syrian administration. However, after the militants on all fronts being given to the guarantee of Turkey, the government began to negotiate with Russia over these militants.  They began to use the families of jihadists as leverage, and started calling out to the international community to “stop the civilian massacre”. Turkey, by doing so, is blocking out the Idlib operation through this leverage as well as occupying space to settle the families of these jihadists by carrying out operations in Syria. In turn, Russia makes concessions to Turkey. Russia and Turkey, while mutual blackmail in Idlib, came face to face in Libya, eastern Mediterranean and Azerbaijan where Turkey intervened. In fact, Turkey and Russia’s interests on all fronts began to clash, but the partnership continues. Because Russia saw that holding Turkey close and guiding them away from the US was more appropriate to the interests. Therefore, there is a partnership that sometimes conflicts, sometimes compromises, and sometimes makes concessions. This partnership neither solves the Idlib crisis nor benefit the political solution of the Syrian crisis. If it is resolved, it would be despite Turkey. For example, if Russia becomes determined and start the operation of Idlib, they can deport all jihadists to Turkey, but they also push Turkey to the arms of NATO and the US by doing so. For this reason, it seems that Russia will keep Turkey close for a while.  We never know when the strings will break but Russia cannot compromise forever. Meanwhile, just as Erdogan and Trump got along well, he has a way with Putin as well. Putin thinks it is easy to convince Erdogan because it is how Putin persuaded him when he gave him the guarantee-ownership of extremely dangerous radical Islamist groups.  In fact, Erdogan has built an army of these militants and is conquering with them, however, it is obvious that it is Putin who pesters him about these jihadists. Because the payments made to these militants is a big burden on Turkey’s economy. Qatar currently paying and buying a property in Turkey in return, but that’s not enough to feed the militants forever. Also in the future, Turkey could enter the list of states supporting terrorism because all the supporters of Al-Qaeda are currently under the auspices of Turkey. This will be a big problem for the future.

SS:  The US-Turkish relationship is at its worst. Do you think that the new American administration will fix it, or will the tension increase between Ankara and Washington?

HR:  Since Erdogan came to power, Turkey-the US relations have progressed at this level which is neither best nor worst. They have been not a friend, not an enemy; just two allies and this alliance will not break. Both sides are sure of that. Therefore, the relation between them proceeded according to the current leaders. But the relationship between Trump and Erdogan is more like neighbourhood friends who sometimes fight and sometimes make a peace than diplomatic. Because these two leaders are quite alike. Trump writes a letter to Erdogan and insults him, but on the other hand, presents a way out in domestic politics. But the question should be “what kind of a way out is this”. When Erdogan creates an external enemy, he agitates his audience and covers up his political failure. Trump has always given Erdogan such leverages. But in the US Congress, although a lot of anger against Turkey, these sanctions were not implemented because the CAATSA law is in force for two years, especially because Erdogan bought the s-400s in Russia. Trump has now put in place sanctions, with little time left for him to turn over. I think Trump couldn’t stand the pressure of congress any longer, but he still saved the situation with a lighter sanction package. The Turkish government is actually happy with this because heavier sanctions were expected. These sanctions will not affect Turkish-American relations and do not affect the Biden’s perception of Turkey. But we do not know what is in the file Biden’s Turkey. What we do know is that he will revise the policy of Turkey whether there will be sanctions or not. We have to wait and see. But the only thing I can say, there will not be good things for Turkey coming out from Biden’s package.

SS:  The US and the EU have implemented very hard sanctions on Turkey. Will they affect the Turkish economy, and what will be Turkey’s response?

HR:  Turkey’s economy is very bad for a long time. No production happens, in exports there is stagnation, the rise of inflation and unemployment cannot be stopped, and the currency is losing value. In fact, there is real economic bankruptcy. The Erdogan government is delaying this bankruptcy by providing hot money flow to the country, but it seems inevitable even without sanctions. I think what will happen is that Erdogan will attribute bankruptcy to the “external enemies”. The sanctions imposed by the US and the West will be served as an excuse for mismanagement. He had already begun to use the pandemic as an excuse, now it will be an external enemy. All these are good for the Erdogan government because there is no exit formula from failure anyway. He will say as he goes down that “I did not collapse the economy; it was collapsed because of those who envied us”.  Every failed government needs a lifeline like this, and now, the US and European countries are giving this lifeline to Erdogan.

If they find Turkey’s moves in the eastern Mediterranean against international law, sanctions are not a good option to stop them, there are international criminal courts for this. Or if Erdogan violates the United Nations arms embargo in Libya and supports terrorism there, there may be sanctions for this, but not just economic sanctions because they would not be a deterrent, in fact, it offers an excuse for failure.

SS:  There have been strong clashes between the Erdogan backed terrorists and the Kurds in northeast Syria.  Why do you think Erdogan started this action at this time?

HR:  Turkey’s presence in Northern Syria became thanks to the United States, or more precisely, thanks to Trump. Trump decided to withdraw and has opened the doors to Turkey to enter the north of Syria. Erdogan has an agreement with Trump on the Kurds. In other words, there are promises that Trump made to Erdogan. According to these promises, he would abolish the YPG and PKK elements that Turkey would not want in the emergence project of Kurds, and would place the Kurds who support Barzani (Roj-Peshmergas) that Turkey loved and gave approval to the borders of the country. In doing so, he would not enter beyond 30 kilometers from the border with Turkey. Trump took steps to do so, started a dialogue between Kurds, and even said “terrorists” to YPK and PKK to please Turkey, but he could not complete the new Kurdish structuring. For that reason, Erdogan is nervous right now. Unlike Trump, Biden may not want to continue the unity of the Kurds, or, most importantly, he may not abolish the YPG and PKK. Erdogan, worrying about these possibilities, wants to remove Kurds from Turkey border a little more by taking advantage of the gap that occurred during the term of office in the US. That’s why he wants to capture Ain Issa, he only is in a hurry to take advantage of the election gap in the US. However, Russia took this as an opportunity, and started to pressure on SDF (Syrian Democratic Forces) over the Turkish threat, and wants them to hand over the city to the Syrian administration. Trump had also used the attacks of Turkey as a means of pressure and forced the Kurds to liquidate YPG. Now Russia does the same. According to my estimation, Turkey will take an action until the 20th January which Biden will inaugurate. This operation will be blocked if Russia persuades the Kurds, however, Trump pressures Kurds not to accept Russian offer. Apparently, the Turkish operation still seems to be a high possibility.

“Syria has been effectively balkanized between America, Isis, the Kurds, and Turkey” says Fra Hughes.

“I do think that Russia is ready to face Turkey, and I think that the Syrian army and Russian forces will prevail”, says Gilbert Mercier