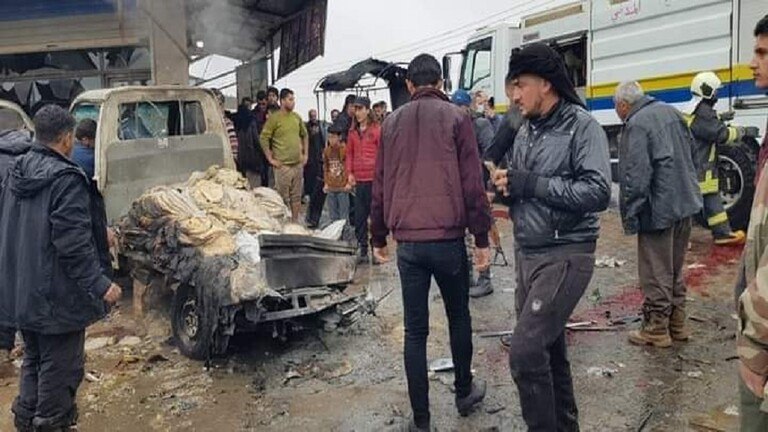 One person was killed and six others were wounded on Sunday when an explosive device was detonated as a vehicle was transporting bread to a town in the northern countryside of the Aleppo Governorate.

According to local reports, a 39-year-old man was killed and a woman and her child were among the wounded in what appears to be a targeted attack near a popular market inside the town located near the city of Azaz along the Turkish border.

Local reports said that the explosive device was planted on a Suzuki truck that was used to transport bread to the area.

No group has claimed responsibility for this attack.

It is noteworthy that the town witnessed a car bomb explosion in the town of Sajoo in July of last year, which killed three people and wounded six others