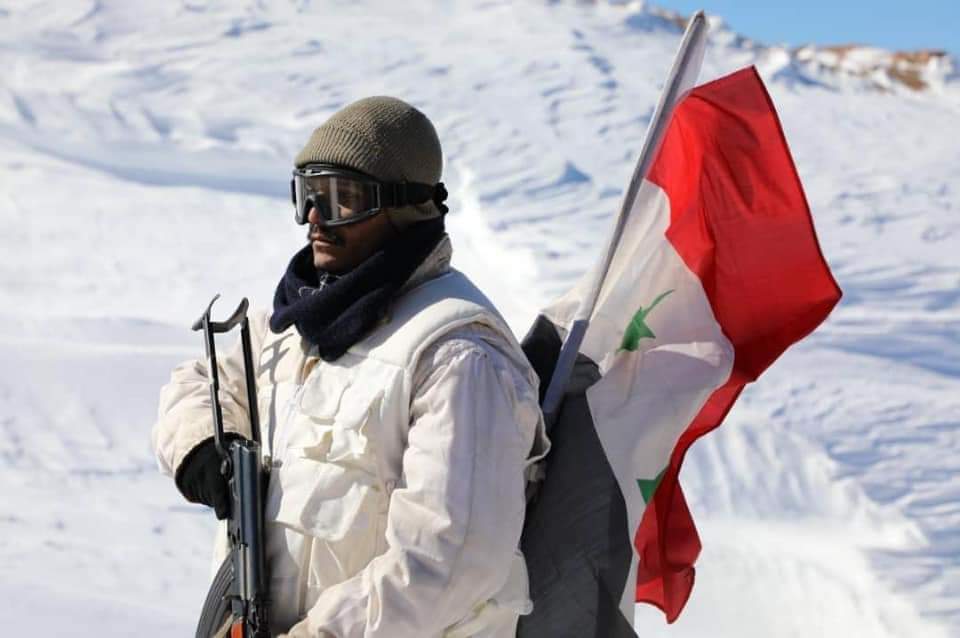 In the photos released by SANA, the Syrian Army’s special forces can be seen moving through the heavy snow of Jabal Al-Sheikh, as the news agency captures rare images of them in their new winter gear uniforms.