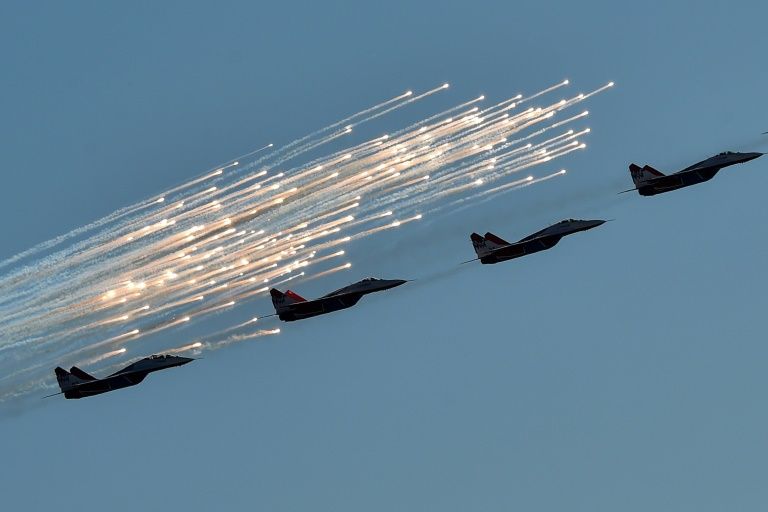 The Russian Aerospace Forces continued their air campaign over northwestern Syria this week, hitting a “secret base” belonging to the jihadist rebels in side the Idlib Governorate.

The Russian YouTube channel, RusVesna.SU, reported this week that the Russian Aerospace Forces targeted the secret base of Hay’at Tahrir Al-Sham (HTS) in the Idlib Governorate, resulting in their subsequent destruction after the attack.

“Aerial reconnaissance planes tracked the movement and sites of the secret base of the HTS terrorists, which was 18 km north of Idlib,” the Russian news site said.

During the surveillance of the jihadist vehicle (a pickup truck with a large-caliber machine gun), an underground tunnel was discovered where the Hayat Tahrir al-Sham militants were hiding their equipment from the Su-24 front-line bombers, which destroyed the underground shelter of the terrorists along with the equipment,” they continued.

Also, during the observation in a wooded area, the group’s field headquarters was found, located in one of the buildings; it was destroyed by precision bombing,” they pointed out.

They would add that “the counter-terrorism operation was a logical response to Turkey’s inability to take control of its own militant groups, which are systematically attacking Damascus-controlled areas in the Idlib de-escalation zone.”