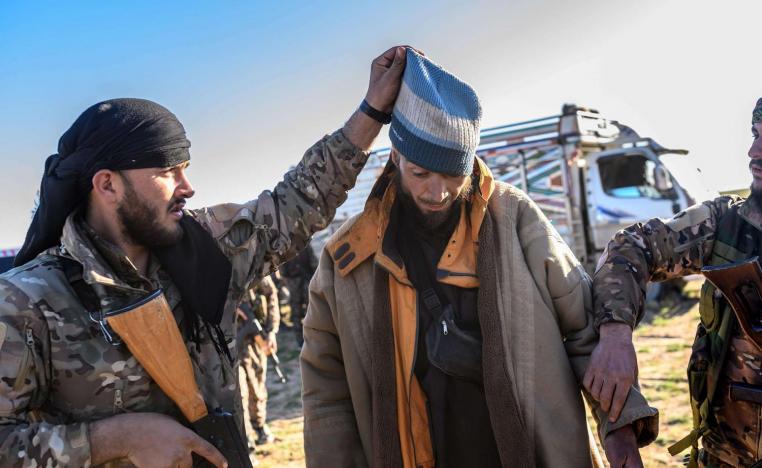 The Kurdish-led Asayish forces have arrested a number of people, one of whom is recruiting fighters to join the Islamic State (ISIS/ISIL/IS/Daesh) terrorist organization, during a security campaign inside the Al-Hol camp in the Al-Hasakah Governorate.

The Asayish forces announced that the apprehended people were believed to be members or linked to the Islamic State in the Al-Hol Camp, which is under the control of the Syrian Democratic Forces (SDF).

In a video released by RT Arabic on Monday, dozens of vehicles can be seen entering the Al-Hol Camp, as the Asayish begin their security operation in the northeastern region of Syria