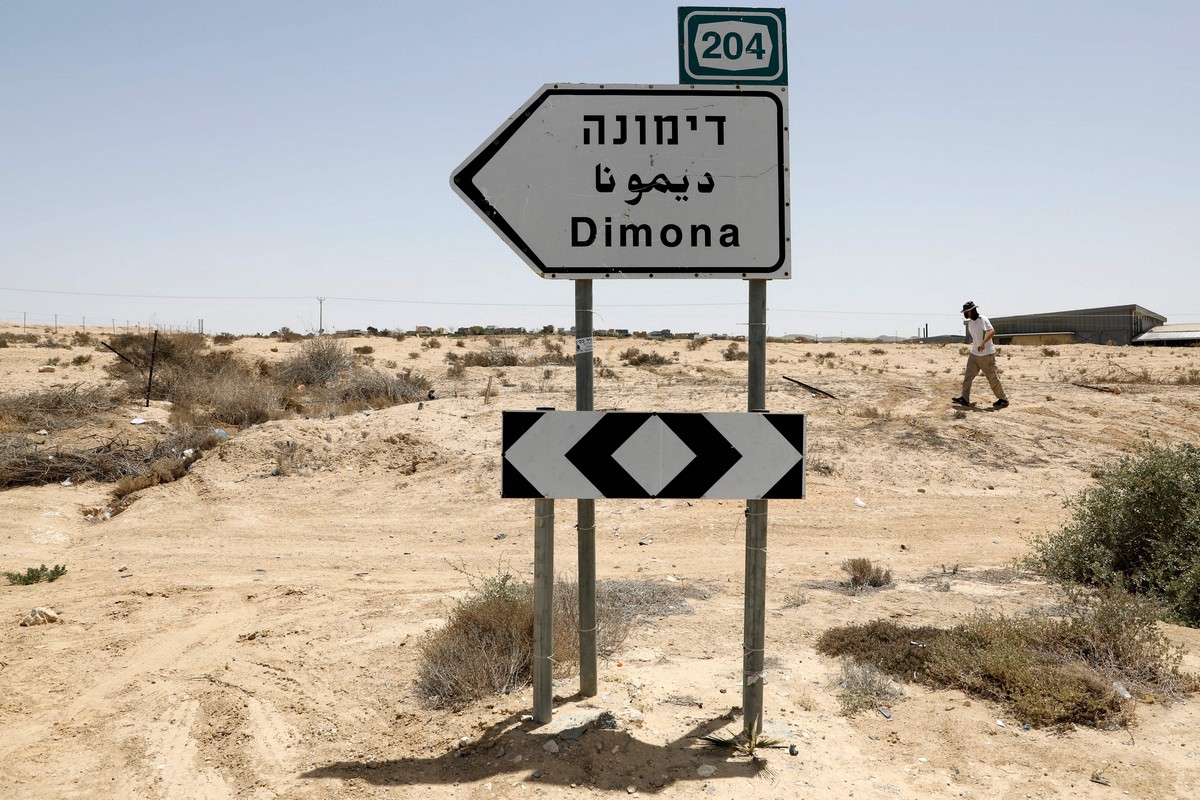 A missile launched from Syria on Thursday exploded 125 miles away from launch, and just 19 miles from Israel’s Dimona nuclear reactor in southern Israel, and exposed its Iron Dome anti-missile systems failure.  The launch occurred during an Israeli airstrike on Damascus in which most of the Israeli missiles were downed by the Syrian air defenses.

This follows Israeli media previously claiming the air defenses around Dimona and Eilat were being strengthened.

Iranian media outlets explained on Friday that the missile near Dimona was a message to Israel, exposing its venerability in sensitive areas, and comes amid renewed US negotiations over Tehran’s nuclear program.

Due to the Israeli occupation, it faces a potential of short, medium, and long-range missile threats which may drop 500 tons of explosive materials across Israel, and fears of a cruise missile strike from Iraq in the east or Yemen in the south, while a Hezbollah attack would introduce heavier and stronger missiles and devastate Tel Aviv with firing 1,500-2,000 rockets daily.

Israel is not prepared to protect itself from simultaneous attacks from the Lebanese resistance, the Qassam Brigades in Gaza, and Iran through Syria.

Saudi Arabia and the UAE

The bombing sparked criticism in the occupation state after it was revealed the Iron Dome defense system, which is supposed to intercept missiles with precision, was not effective.

The Iron Dome has some success in confrontations with Gaza, but it cannot be relied upon when facing Lebanon, Syria, or Iran.

This will come as a shock to Saudi Arabia and the UAE after they had been evaluating purchasing the Iron Dome system following the normalization agreement with Israel brokered by President Trump. The US was aware of the intention, in light of the failure of the Saudi air defense systems on September 14, 2019, when drones and missiles were used to attack the state-owned Saudi Aramco oil processing facilities by Houthi rebels in Yemen, which caused severe damage to the Kingdom’s economy.

The US withdrawal of its PATRIOT anti-missile defense batteries from Saudi Arabia allowed Israel to market their Iron Dome system, with the deal to be channeled through their American partner, Raytheon.

The Iron Dome detects, assesses, and intercepts a variety of shorter-range targets such as rockets, artillery, and mortars, while the Iron Dome’s Tamir missile intercepts incoming threats launched from ranges of 4-70 km, which are short-range.  Iron Dome systems are deployed mainly along the border with Lebanon and with Gaza, and the long-range missile which struck near Dimona was 200 km from the launch site, far longer than the Iron Dome can defend.

The month of fasting, Ramadan, began on April 13. The Palestinians in Jerusalem had a time-honored tradition of gathering in the evening following the post-sunset meal outside the Damascus Gate, where there is an amphitheater-style plaza.

Israeli occupation police barricaded the area preventing the social gathering.  Clashes between Palestinians and the Israeli police have occurred nightly since then, with police using water cannons, skunk-water, and stun grenades to disperse the crowds.

Israeli police made over 50 arrests and The Palestine Red Crescent said 100 Palestinians had been injured, with 21 taken to hospital.

Around 60,000 Muslim worshippers filed past Israeli police to attend noon prayers at Al-Aqsa Mosque, one of the three holiest sites in Islam. Sheikh Muhammad Hussein, the Grand Mufti of Jerusalem, condemned the “police and settlers’ attack on Palestinians in Jerusalem” in his Friday sermon, while he called on worshippers to remain calm and not to give the police an excuse for violence. In the evening, Palestinians marched towards an entrance to the walled Old City of Jerusalem and clashed with Israeli police.

Jerusalem is one of the hottest points of contention between Israel and the Palestinians. Israel claims all of Jerusalem, but the UN resolution states the final peace settlement will decide; however, there has not been any progress on the road to peace for decades, while the US has bolstered the status-quo.

A far-right Jewish extremist group, Lahava, led a march of hundreds toward the Damascus Gate while chanting “Death to Arabs” and waving banners reading “Death to terrorists”.

This blatant display of racial hatred followed videos circulated on TikTok showing young Palestinians slapping Jews in east Jerusalem in response to the Israeli police crack-down at the Damascus Gate.

Itamar Ben-Gvir, a far-right Israeli politician, told Israeli media, “There are many Arabs among us who are loyal. But I certainly think that those of them among us who lynch, who beat up, cause harm – they should be roughed up, they should be thrown out of here.” When pressed for specifics, he added, “if we manage to pass legislation, also throwing them out of the country.”

Jordan strongly condemned “the racist attacks on Palestinians.” Foreign Minister Ayman Safadi tweeted on Saturday: “As the occupying power under international law, Israel is responsible for stopping these attacks & for the dangerous consequences of failing to do so.”

Gaza stands in solidarity with West Bank and Jerusalem protests

The incidents in Jerusalem triggered a flare-up in Gaza, and Hamas’ armed wing warned Israel “not to test” its patience and the leftist Popular Front for the Liberation of Palestine started firing rockets into southern Israel late Friday and continued through Saturday morning. The Iron Dome air defense intercepted one missile.

The Israeli military said it’s aircraft and tanks struck rocket launchers and unspecified underground infrastructure for Hamas, as sirens warning of incoming rockets from Gaza kept blaring in southern Israel. Palestinian militants fired at least 30 rockets and Israel struck back at targets operated by Hamas, which issued a joint call for solidarity with the Palestinian resistance in Jerusalem, and the West Bank, while hundreds of people in Gaza took to the streets burning tires.

After Friday prayers, Hamas staged demonstrations across Gaza in support of the armed struggle. Mahmoud Zahar, a senior Hamas official, said, “After a long series of protests and demonstrations, we have concluded that without weapons, we cannot liberate our land, protect our holy sites, bringing back our people to their land or maintain our dignity.”

The Israeli occupation is fraying around the edges. The resistance to occupation is strong, both domestically and from abroad.  The time for peace negotiations has arrived before Israeli citizens suffer as collateral damage from their leaders’ arrogance.

Tehran Denies Involvement in the Attack Near Fujairah

Bolsonaro slams probe into his attacks on Brazil’s electoral system, threatens to act outside of constitution