Home Politics World Another Canadian church goes up in flames, amid suspicion arson attacks are linked to unmarked graves discoveries

A historic Alberta church has been destroyed in what many suspect to be the latest arson attack in a string of retaliations for the historic abuse of Canada’s indigenous community by the Catholic Church.

The St. Jean Baptiste church in the town of Morinville was almost entirely destroyed by the fire, which broke out on Wednesday morning. By the time firefighters arrived at the scene, its interior had already begun to collapse, and its basement had been engulfed by flames. Hours later, only a few fragments of its walls remained standing.

“It’s one of the [town’s] largest buildings. It’s a very old construction, so an awful lot of wood. It went very quickly and it was a very difficult fire to fight,” said Iain Bushell, the general manager of Morinville’s infrastructure and community services.

Morinville is a community of some 10,600 people about 30km (19 miles) north of Alberta province’s capital, Edmonton. Many had viewed the church as an essential part of the town’s life and legacy – its “heart and soul,” in the words of Mayor Barry Turner. Its construction was completed in 1907 and it was named in honor of Father Jean-Baptiste Morin, who led several Francophone families to the area from Quebec in 1891 and also lent his name to the town itself.

The mayor said he was “confident that our community will respond in a way that we can all be proud of.” However, the city authorities decided to cancel Morinville’s Canada Day celebrations on Thursday in the wake of the fire. 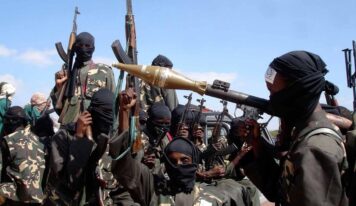 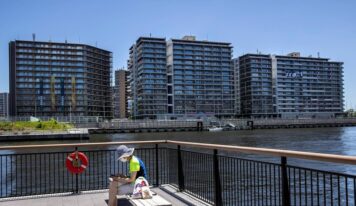 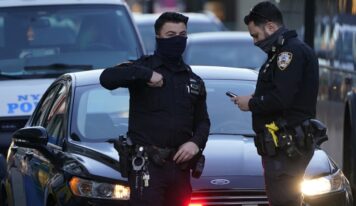