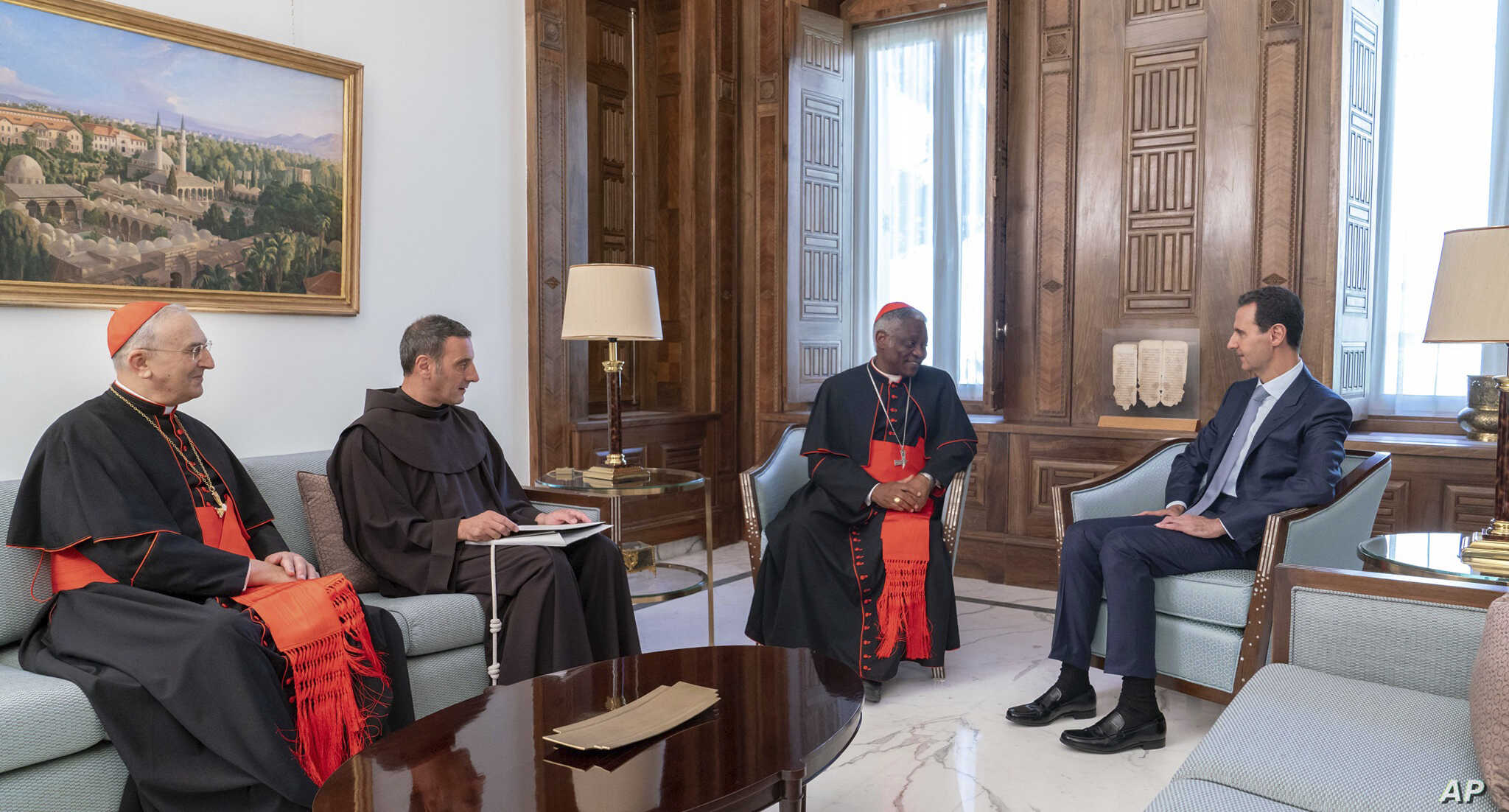 The “Apostolic Nuncio in Syria,” the representative of the Vatican State, Mario Zenari, spoke about the living crises that the Syrians suffer from as a result of the illegal sanctions imposed on their country by the United States of America and European countries, saying: “The economic war is suffocating the Syrian people.”

Zenari added: “The bombs are no longer falling in many parts of Syria, but we always repeat that there was a terrible bomb that exploded, which, according to the United Nations data. It pushed 90% of the Syrian people below the poverty line.”

The “Apostolic Nuncio” pointed out that after 10 years of war and in the absence of reconstruction and the halting of the peace process, “poverty is advancing very rapidly, for example. When I go out in Damascus, I see scenes that weren’t there before. Like people queuing in front of bakeries that sell bread at prices subsidized by the state. Because poor people no longer have money, they are waiting patiently to buy bread at these prices.”

He added by saying:

“I also see long queues of cars in front of filling stations to refuel, and these are pictures that we did not see even in the most difficult moments of the war, so at this moment there is an economic war that is suffocating the people with the sanctions imposed on the country, which hinders everything.”

The Vatican representative explained that there is another factor that has negatively affected the situation for nearly two years. It is represented in the “Lebanese crisis at the economic level, in particular. What affects the humanitarian projects that the country’s dioceses are trying to implement. As well as the consequences of the Corona pandemic spreading on a global scale, which pushed the Syrian issue into the shadows. As no one talks about it anymore 10 years after its outbreak.”

Syria lives in constant economic crises that affect various aspects of citizens’ lives. Especially at the beginning of this year due to the economic sanctions imposed by the United States under the name “Caesar Act”. Specifically with regard to the agricultural and oil sectors, which are constantly being robbed by the American forces that illegally control the oil fields in the northeast of the country, coinciding with the control of its ally, “SDF” over the largest Syrian grain silos in Hasakah.