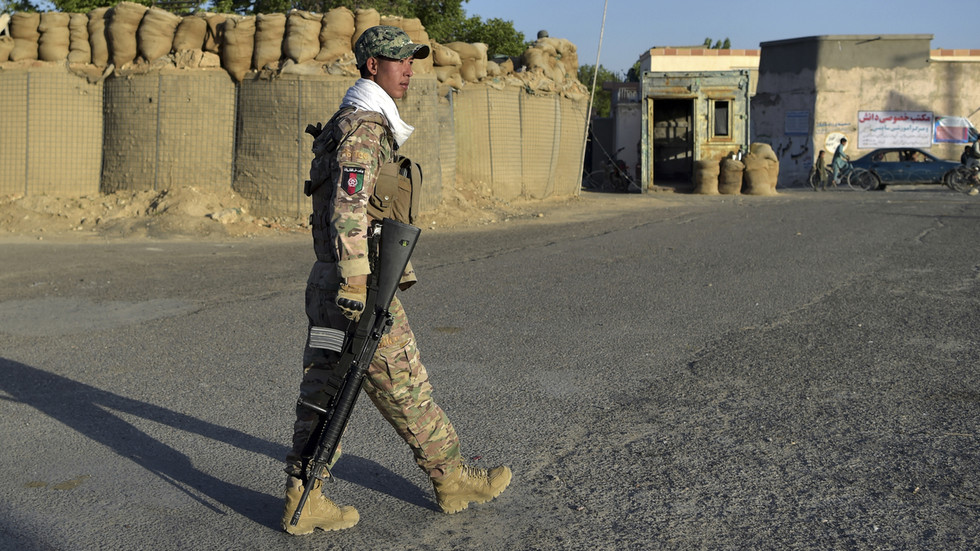 The Taliban has seized a key district in Kandahar province after pushing Afghan troops out of the area, adding to a growing list of victories against government forces amid the US military’s exit from the country.

The district has seen regular fighting between Taliban and Afghan forces over the years, due to its strategically significant proximity to Kandahar city, the provincial capital. Capturing Panjwai may have more than just military significance for the Taliban, as the group traces its roots to Kandahar.

The insurgents’ territorial gains in the southern province come just two days after US-led forces pulled out of one of the coalition’s main military hubs in the country, Bagram Air Base, located near Kabul. The United States has accelerated its withdrawal from Afghanistan in recent weeks, while some NATO allies have already fully exited from the war-torn nation.

The pullout comes as Afghan forces suffer a string of defeats at the hands of the Taliban. The insurgents claim to have captured more than 100 out of Afghanistan’s nearly 400 districts, amid an uptick in fighting that has coincided with the US military’s exit. Kabul has disputed these figures, while acknowledging that government forces have pulled out from some districts.

On Saturday, several hundred Afghan border troops sought refuge in neighboring Tajikistan after a major offensive by the Taliban. More than a dozen districts, mostly in Afghanistan’s northeastern Badakhshan Province, have fallen into the hands of the insurgents over the past 24 hours, according to local media citing security sources.

President Joe Biden refused to answer questions on Friday about the US pullout and the worsening security situation in Afghanistan, telling reporters that he wanted to talk about “happy things.”

The Trump administration had originally brokered a deal that called for a full withdrawal by May, but Biden extended the deadline until September 11. However, most of the remaining US forces in the country are expected to leave by July 4. Around 1,000 regular soldiers are slated to remain and guard the US Embassy complex in Kabul and the capital’s international airport. Special forces troops may also continue anti-terrorism operations in the country.