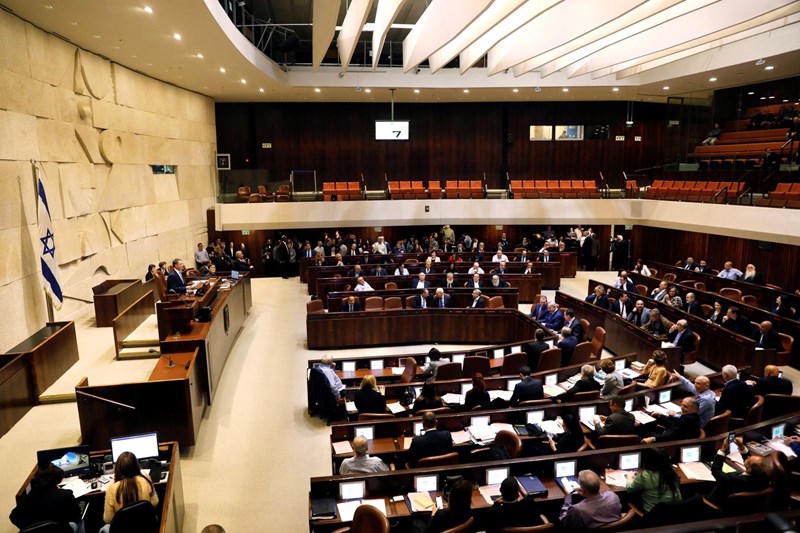 The Knesset session witnessed chaos after the opposition parties, led by Benjamin Netanyahu, objected to an agreement reached by the Israeli government regarding the Citizenship Law.

After lengthy deliberations, the Israeli Knesset voted on the Citizenship Law that prohibits the reunion of Palestinian families.

The Law received a blow for not obtaining the majority of 61 votes from the Knesset members. The result was a tie with 59 MKs voting in favor and 59 MKs voting against.

As per oral agreements, 1,600 family reunification requests out of 45,000 will be approved.

What happened is a precedent since the adoption of this racist law, which prevents Palestinian families from living together with basic rights.

Former Prime Minister Benjamin Netanyahu tried to turn the vote into a no-confidence motion, but his motion was unable to obtain the required majority, which is 61 votes.

The Knesset session witnessed a state of chaos after the opposition parties, led by Netanyahu, objected to an agreement that the Government Coalition reached on the Law.

The left-wing ‘Meretz’ party and the United Arab List, which are partners in the Government Coalition, had previously announced their rejection of extending the Law in its current form. Their announcement posed a threat to the ‘Yamina’ party and the rest of the coalition parties, as it would prevent them from obtaining the required majority to extend the Law.

Netanyahu had hoped to vote against extending the Law to embarrass and destabilize the new government, assuming that ‘Meretz’ and the United List would vote against it, which would lead to the fall of the Law.