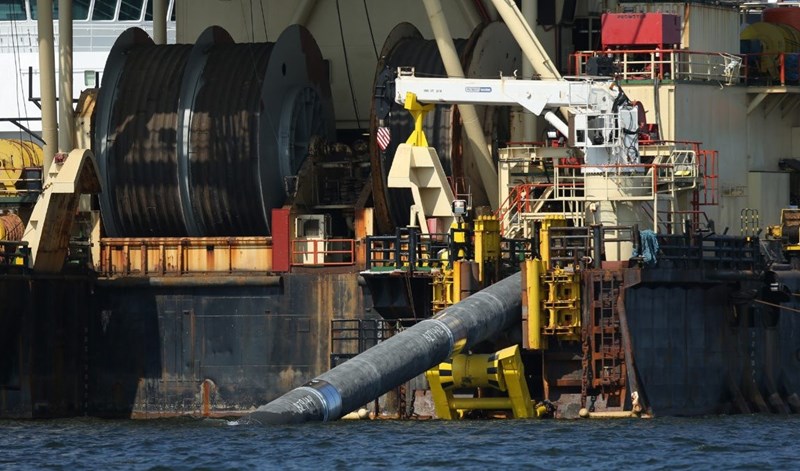 Despite US sanctions and obstructions, the Nord Stream 2 pipeline is 98% done.

Matthias Warnig, Executive Director of Nord Stream 2 AG, the contracting company responsible for the Nord Stream 2 pipeline that is set to transfer gas from Russia to Europe, predicted that the project should be done by late August.

In a statement to German Handelsblatt on Sunday, he stated that 98% of the work is done.

The Nord Stream 2 project oversees the building of a 55 billion cubic meter-per-year pipeline from the Russian coast through the Baltic sea to Germany.

Nord Stream 2 AG is completing this project with contributions from the Russian “Gazprom,” with European partners funding 50% of the project.

Nord Stream 2 is facing obstacles because of American pressures, as Washington is threatening companies contributing to the project with sanctions.

The US State Department’s Spokesperson had earlier said that Washington sees that the Russian project threatens energy security in Europe and Ukraine, and is a geopolitical project.

US National Security Advisor Jake Sullivan revealed that his country is preparing “a new batch of sanctions” against Russia, confirming that sanctions will be continued to be implemented on Russian companies working on the Nord Stream 2 project.