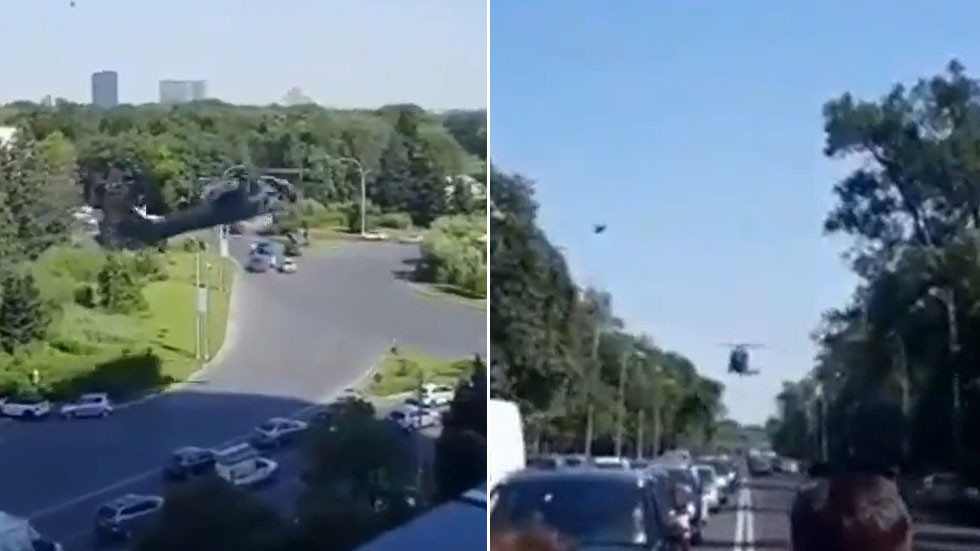 A US military chopper made an emergency landing in Romania’s capital, Bucharest, on Thursday, while training for an upcoming Aviation Day parade. No one was hurt, but fire crews were immediately dispatched to the scene.

The US Black Hawk helicopter tore down two sets of street lights and blocked traffic. Videos posted on social media shows the moment when it landed on a busy street.

The Romania Journal reported that the Black Hawk was flying with five other helicopters, when it suddenly lost altitude and landed at the Charles de Gaulle Square Roundabout in Aviatorilor Boulevard.

The US Embassy in Romania released a statement to the media, saying that it is working with Romanian officials to resolve the situation. “We understand that there were no injuries,” the diplomats said.

Romanian media quoted Constantin Spinu, a Defense Ministry spokesperson, as saying that the aircraft was training for the Aviation Day parade scheduled for July 20.