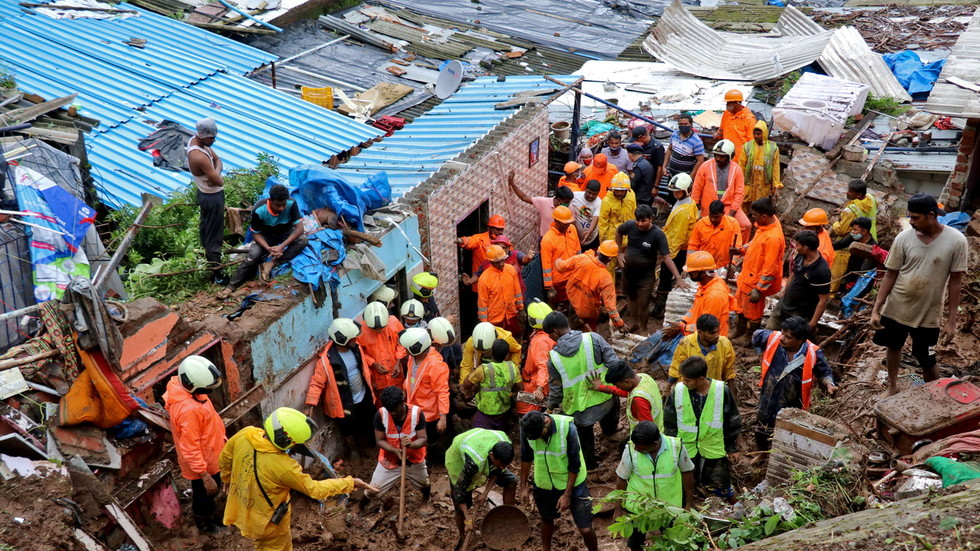 More than 20 people died when houses were destroyed amid floods caused by the heavy downpour in the Mumbai suburbs in India. More are feared to be trapped under the rubble.

A retaining wall crashed down on homes located on a hillock, killing 17. Seven more died after a landslide destroyed several huts, and a 16-year-old boy was also killed in a similar incident.

Multiple rescue teams were dispatched to affected areas, as more people are feared to be trapped under the rubble.

Prime Minister Narendra Modi promised that the victims’ families will be compensated from the state relief fund.

Apart from landslides, the heavy rainfall has caused power outages and disrupted rail services in the Mumbai area. Videos posted on social media showed cars being swept up by the flood.

NDTV quoted the Indian Meteorological Department as saying that the rain will continue for the next five days.