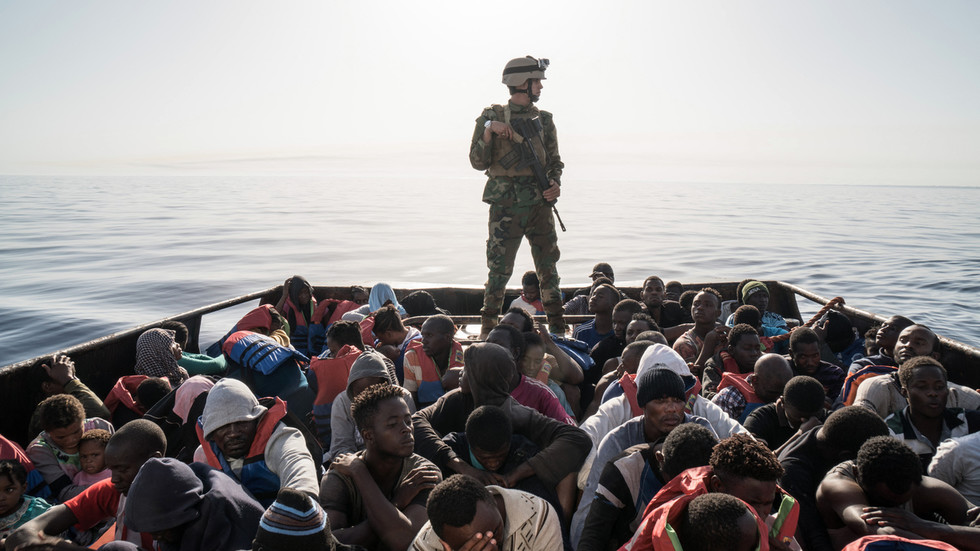 Crime agency Interpol has released details of ‘Operation Liberterra’, a mission coordinated by authorities in dozens of states which led to the rescue of 430 human trafficking victims and the arrest of 286 suspects.

Law enforcement agencies across 47 countries participated in the mission, under which some 500,000 inspections were carried out at checkpoints and airports following local intelligence and tip-offs, Interpol said in a statement on Monday.

As well as the overarching mission to combat migrant smuggling, the agency said that a further 60 transnational investigations have been launched to focus on forged identification, after an influx of fake or stolen identity documents were seized during the assignment.

Operation Liberterra ran from July 5 to 9, and on the first day of the mission authorities in Tanzania arrested a Ugandan bus driver carrying a box of 169 forged passports from Kampala to Dar es Salaam, according to Interpol.

mong the arrests made during the operation, authorities in Brazil, Colombia, Curacao, and Panama detained fugitives wanted for crimes such as drug trafficking, rape, and money laundering. Six people were arrested in the UK who were sought by authorities over sex-trafficking charges.

The results of Operation Liberterra also highlighted a concerning level of human trafficking from Africa and the Middle East into Europe. In Spain, one organized crime group which reportedly smuggled migrants by sea from Algeria to the Spanish coast was brought down. Authorities in North Macedonia arrested six gang members who, Interpol said, liaised with partners in the Middle East to smuggle migrants to Greece from Afghanistan, Bangladesh, Pakistan, and Syria.

Many of the trafficking victims located as part of the mission were rescued in Sudan, Interpol said, with authorities there freeing 253. They also arrested 32 suspects as part of the joint operation.

The law enforcement body also noted that some of the 430 trafficking victims found via Operation Liberterra were underage girls, some of whom had been “coerced into sexual exploitation through death threats from human traffickers.”