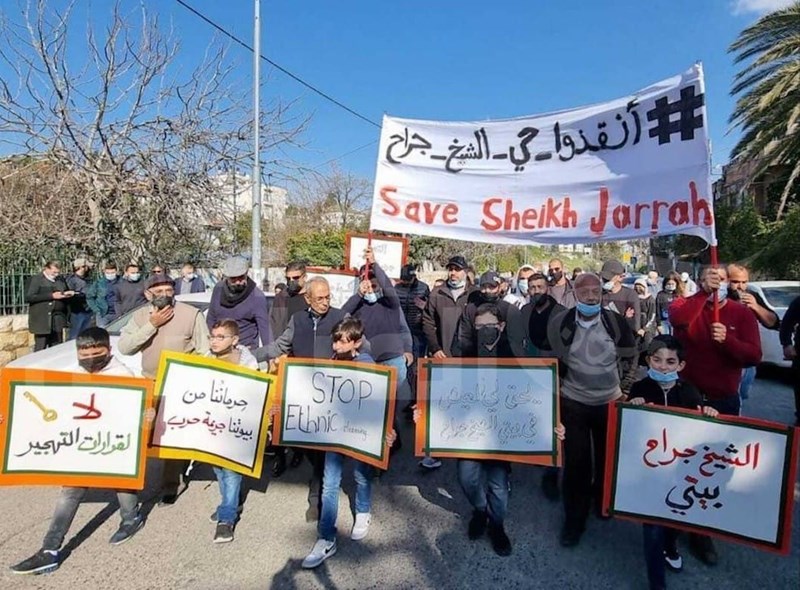 Residents of the Sheikh Jarrah Neighborhood in al-Quds called for an all-out participation in the protests in front of the residences threatened with forced expulsion in the Neighborhood tonight.

This move comes just two days prior to a hearing in the occupation’s High Court scheduled to look into the decision of expelling 4 families from the Neighborhood, which was approved by the occupation’s so-called Central Court.

Early last May, the occupation’s decision to expel residents of the Neighborhood and confiscate their homes sparked a wave of protests. That step later evolved, due to the occupations’ aggressiveness and obstinacy in dealing with the matter, followed by the intervention of the Resistance Factions in support of the families, into the “Seif Al-Quds” Battle, which lasted for 11 days and ended with a ceasefire agreement.

The lawyer representing the Neighborhood’s residents asserted that the land in the Neighborhood is the property of an Arab Palestinian family – the Hijaz al-Saadi family- and their heirs in Eastern al-Quds.

86 Palestinian families are facing forcible eviction from their houses in the occupied village of Silwan town in al-Quds. However, the Israeli occupation court has postponed the verdict, after seven families filed appeals.