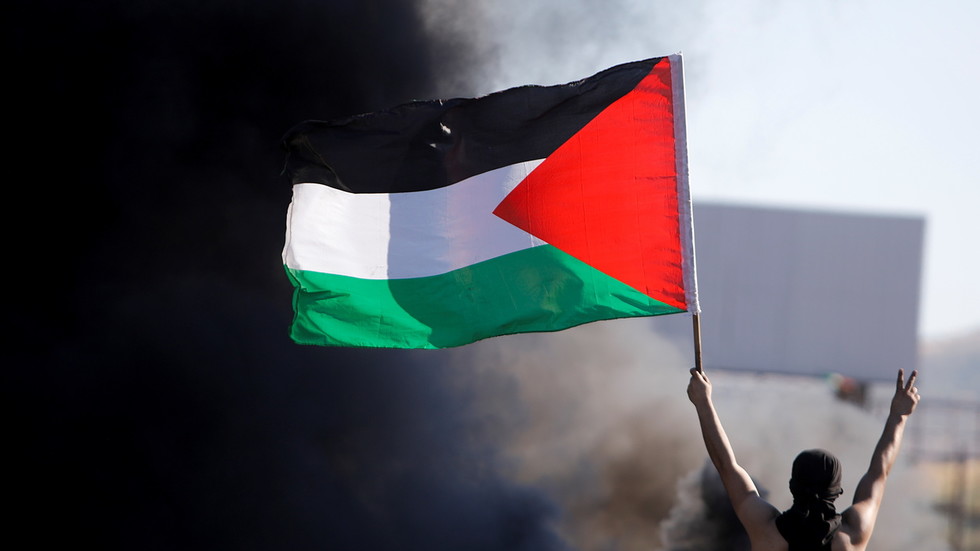 A Palestinian man has died and many more were injured after Israeli troops opened fire on demonstrators protesting against Israeli settlements in the occupied West Bank, according to the Palestinian health ministry and medics.

On Friday, the Palestinian health ministry confirmed on Facebook that a 38-year-old man it identified as Muhammad Dwaikat had died. The ministry said he had been shot with live ammunition by Israeli troops.

Dwaikat was attending a protest against Israeli settlements when shot, and was rushed to Nablus hospital for treatment. In a number of graphic images shared on social media, a seriously wounded Dwaikat is seen being treated and carried by fellow demonstrators.

Earlier on Friday, the Israeli military said that around 700 Palestinians had gathered around southern Nablus, a Palestinian city in the occupied West Bank. The protest escalated as Palestinians threw rocks and petrol bombs at troops and border police, the Israel Defense Forces said.

In a statement cited by Reuters, the Israeli military said it “responded with riot dispersal means,” adding that it was aware of reports concerning the death of one Palestinian and that more were injured.

As many as 21 others were injured during Friday’s protests after being shot by Israeli troops, according to the Palestine Red Crescent. Most of the injuries were caused by rubber-tipped bullets, though some were treated for tear gas inhalation.

Palestinians have staged near-daily protests in the area, demanding that the Israeli settlement of Beita is vacated by its residents and the lands returned. In July, an agreement was reached that settlers would leave the outpost, however many of the buildings are still standing, either locked or under Israeli military guard.

In late July, at least 140 Palestinians were injured as Israeli forces sought to break up a demonstration against the Beita outpost.

The West Bank settlement program, supported by successive Israeli governments, continues to attract international condemnation. Under international law, the land they are built on is recognized as Palestinian.