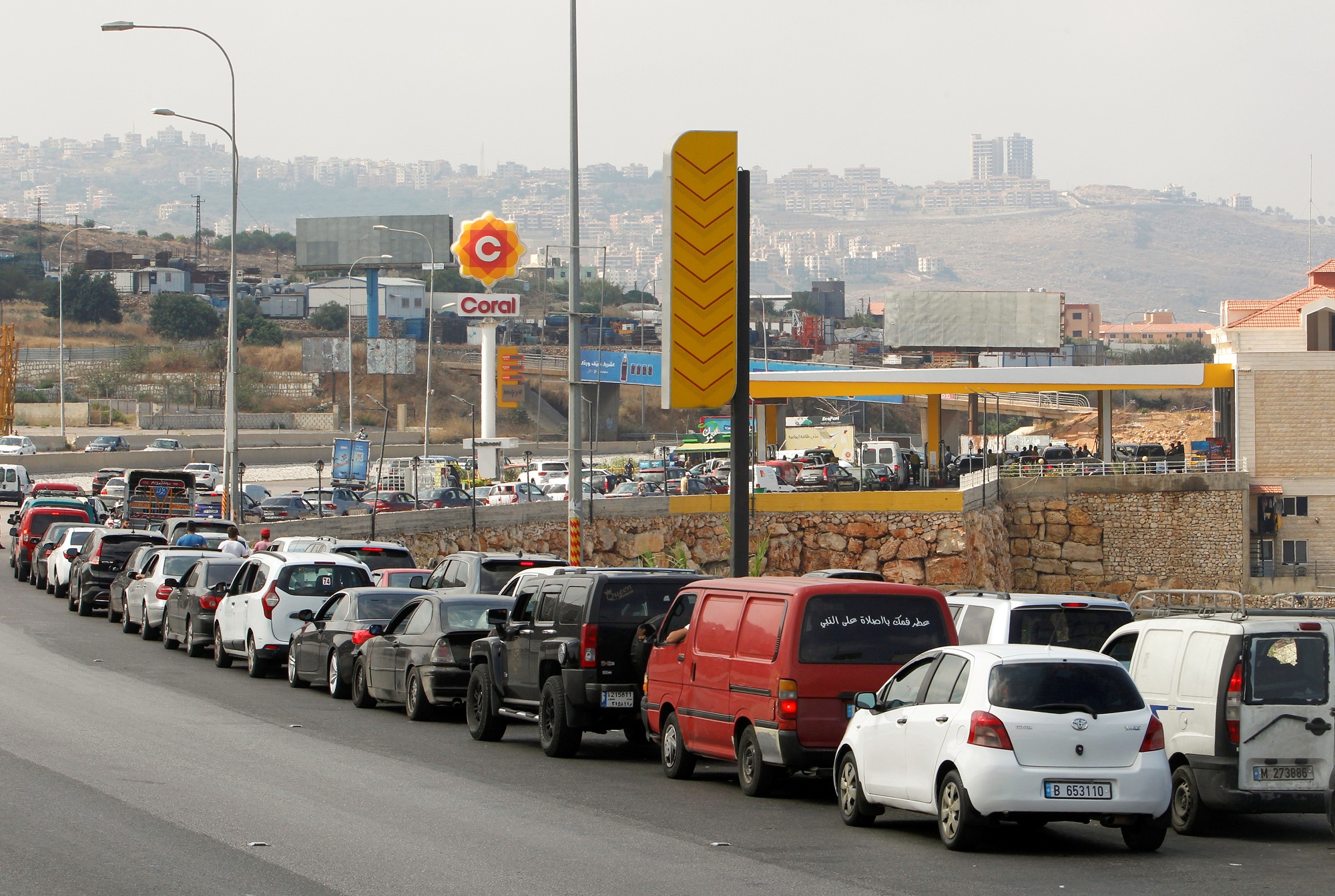 Gasoline had been subsidized by the Lebanese government, but now it will fluctuate depending on the import cost on a free market price. The government had supported merchants importing gasoline previously, as well as flour, medicine, and several basic commodities.

The central bank of Lebanon announced as of August 12, they were ending the fuel subsidy, which has drained the reserves, as the country fell into financial ruin. It is feared that fuel prices will rise perhaps four times the prior subsidized price. The World Bank has said Lebanon is suffering one of the biggest depressions in modern history.

Prior to this decision, the central bank had been extending subsidies for fuel imports at a rate of 3,900 Lebanese Lira (LL) to the dollar, while the parallel black market rate is more than 20,000 LL on Wednesday. The central bank’s reserves have plummeted from more than $40 billion in 2016 to $15 billion in March.

The decision drew criticism from former Foreign Affairs minister Gebran Bassil.  “The president, the government and the people must prevent the implementation of the conspiracy,” he said on Twitter.  Bassil said in a press conference, that there is an economic war being waged against Lebanon, and Salameh is one of those who are implementing this war.

The US has exerted pressure on Lebanon, in the form of an economic war, which is designed to put pressure on the resistance to the occupation of Lebanon and Palestine.

Patriarch Boutros al-Rahi said he is asking the Lebanese government to prevent the launch of missiles from Lebanese land towards Israel, because the people are tired from war and destruction.  But, he did not ask to protect Lebanon from Israeli aggressions, and the occupation of Lebanese territory at Shebaa Farms.

The Lebanese ruling elite are carrying out the US agenda, by not importing gasoline from the east; places such as Iran, Russia, and Iraq.  The US and Saudi Arabia are not selling any gasoline to Lebanon, and are preventing Lebanon from buying from the eastern countries.  The Lebanese resistance leader, Hassan Nasrallah, said in a speech that if the Lebanese government fails to provide gasoline and diesel fuel to the Lebanese people, then the resistance will provide it to the people through Iran, and no one can prevent them from doing so. Media reports out in last 24 hours, reported that part of the oil promised by Nasrallah, began to arrive in tankers from the Syrian-Lebanese border.

Gas stations have witnessed long lines and violence occasionally, and most people have experienced extended blackouts as diesel becomes scarce, even for hospitals.

Many Lebanese struggle to buy food at the hyperinflationary prices, as the LL collapsed over 90% in the past two years. For example: buying a kilo of chicken, soap, fruit, and sandwich makings can cost the equivalent of the average monthly salary in Lebanon.

Lebanon went from what could be described as a middle income country, into one of the worst economies in the world in the span of a year and a half.

Lebanon ended a 15-year civil war in 1990, and the economy experienced an upswing in the aftermath.  Beirut regained its nightclubbing, party atmosphere and tourists from the Persian Gulf and Europe came back again.

But, the inequality was stark, with the rich being very rich, and the poor being very poor. However, hunger was not a prevalent issue, until now.

The Lebanese central bank regulates Lebanon’s banks, loans the government money, oversees monetary policy, and for almost three decades has been headed by a former Merrill Lynch banker, Riad Salameh, who instituted the peg.  He decreed that one US dollar would always be equal to about 1,500 LL. Since Lebanon survives on imports, this made it easy for Lebanese importers.

The problem was keeping a big supply of dollars because the economy depends on dollars.

There were two main sources of US dollars into the central bank of Lebanon. Firstly, they came from remittances sent home to Lebanon from ex-pats in the diaspora.  These customers enjoyed the high interests paid by the bank, which attracted their deposits in dollars.  Secondly, in the 2006 war, in which Israel attacked Lebanon in airstrikes across the country, Saudi Arabia sent the central bank billions of dollars in order to stabilize the currency.

However, that cozy relationship with the oil rich Persian Gulf Arabs turned sour when in 2011 they partnered with the US on the attack on Syria for ‘regime change’.  Riad Salameh and the central bank had to find another source of dollars, and he came up with a Ponzi scheme. The bank started borrowing money from the Lebanese people. The bank offered 20% interest on large deposits, but the money would be untouchable for three years.

The bank would take the frozen deposits and lend it to borrowers, the interest being paid out to depositors was coming from new investors.  This is the definition of a Ponzi scheme, and even French President Macron called it as such.

In the summer of 2019, the banking crisis emerged, which caused street protests that evolved into a call for a complete overhaul of the government, from top to bottom.  The protests were a result of years of government corruption and mismanagement.

During the protests, the banks closed and people had no access to their own money. After two weeks, the banks reopened and there was a bank run; however, their accounts were locked by the bank, and they could only access very small amounts.

In the aftermath, a new value emerged: the old peg of $1 equals 1,500 LL, and the new black market value, which is currently about 20,000 to the dollar. Lebanon is in the throes of hyperinflation.

As the economic suffering of the Lebanese people was ratcheting up, one of the biggest non-nuclear explosions in history occurred at the port of Beirut. 200 people were killed, over a thousand injured and maimed, and tens of thousands of homes and commercial properties were damaged, and in many cases wiped out.

A one-year memorial service was held with thousands of Lebanese attending, many which held photos of their dead loved ones while asking for justice. While investigators in France and Switzerland look for evidence of money laundering and embezzlement by Riad Salameh, he is still heading the central bank.

Syrian businessmen have traditionally held Lebanese bank accounts in dollars.  They estimate between 40-60 billion dollars is frozen in bank accounts held by Syrians, who now have no access to those funds.

The cabinet collapsed due to political infighting, among the very people who caused the economic crisis.  Saad Hariri was not able to form a government, and Najib Mikati, a billionaire, was appointed Prime Minister, an office he held twice in the past, but has yet to form a government.

The solution for Lebanon’s suffering lies in the hands of the political elite, who must institute deep changes needed to stop the collapse of the country. Aid from the west, and institutions like the World Bank and IMF, will not arrive until reforms are made. Currently, the outlook for the Lebanese people looks dim as they struggle to stave off hunger while sitting in a dark home at night, and knowing their car will be permanently parked, until the politicians solve the crisis.