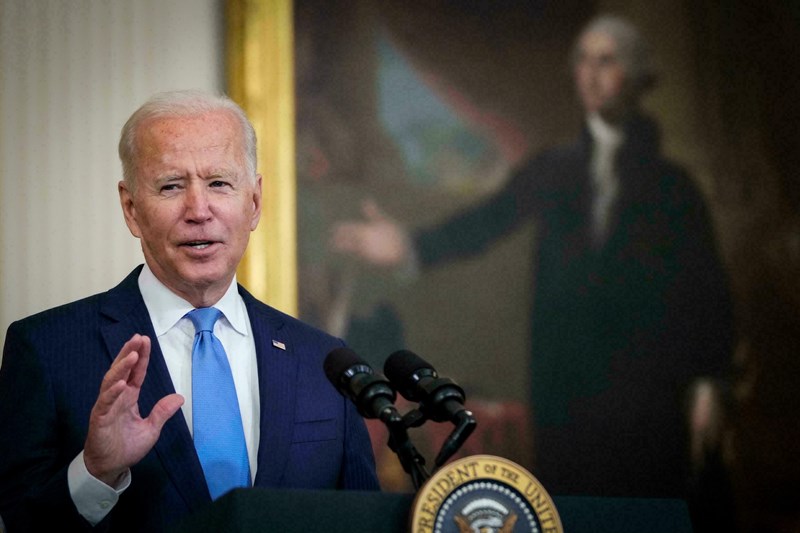 US President Joe Biden said that the success of the airlift mission in Afghanistan will largely depend on the cooperation of the “Taliban” Movement, adding that he asked military leaders to have a plan prepared for the possibility of adjusting the schedule if necessary.

Biden confirmed that his country is on its way to complete the evacuation operations by August 31, expressing his determination to fulfill the task, yet only if the Taliban continues to cooperate. He also pointed out that any delay in the evacuation process puts the forces at risk.

In this context, Biden said, “Every day we’re on the ground is another day we know that ISIS-K is seeking to target the airport and attack both US and allied forces.”

For her part, White House Spokesperson Jen Psaki said that Biden conveyed to G7 leaders “that our mission in Kabul will end based on the achievement of our objectives.”

In addition, Psaki said that the President has asked the Pentagon and the State Department to prepare “contingency plans to adjust the timeline should that become necessary.”

On the evacuation operations carried out so far, Biden said that the United States has evacuated 70,700 people since August 14, the day before the Taliban took power in Kabul.

For its part, the “Taliban” urged skilled Afghans not to flee the country and warned the United States and its NATO allies they would not accept an extension to the evacuation deadline.

A Taliban spokesperson told the US to stop taking “Afghan experts,” such as engineers and doctors, out of the country. “This country needs their expertise. They should not be taken to other countries,” Taliban Spokesperson Zabihullah Mujahid said in a press conference in Kabul.

And on the possibility of extending the August 31 deadline, Mujahid said, “They have planes, they have the airport, they should get their citizens and contractors out of here.”