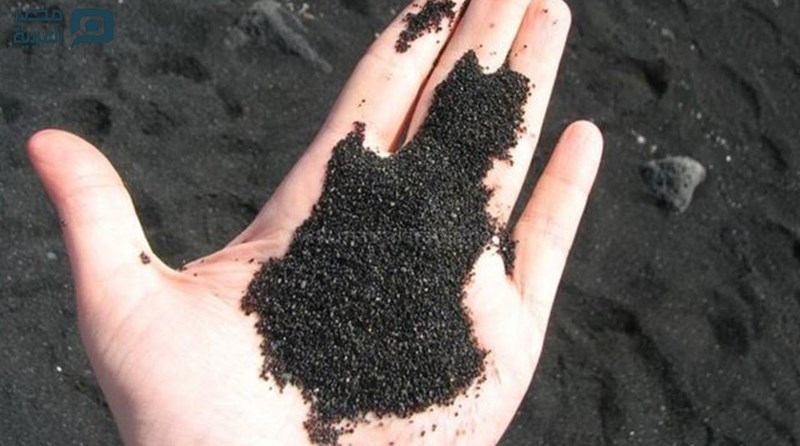 The Egyptian Cabinet’s Information and Decision Support Center (IDSC) has released a new video graph that shows 11 black sand and heavy metals sites in Egypt. Minerals are sorted and removed from black sand at the sites, according to the video graph.

The video stated that the sand is subsequently transformed into strategic products and 41 key sectors. It is deemed a national treasure for the country because it manufactures aircraft and automotive structures, petroleum pipelines, nuclear radiation materials, and so on.

The Egyptian Black Sand Firm was established to optimize the economic benefit from this project. This happens by extracting economic minerals from the sand while complying with globally adopted health and environmental safety standards.

The aim is to achieve the added value of the extracted minerals to create new investments that will help develop and progress the Egyptian economy. An Australian study estimated that the economic return from one of the 11 sites will bring Egypt more than 255 million pounds annually, which is $46.5 million.

Egypt Today mentioned, “It spreads along the coast in the east, starting from the city of Rashid to Rafah, with a length of 400 km.”

The Kafr El-Sheikh Governorate, the Armed Forces’ National Service Projects Organization, the Nuclear Materials Authority, the Investment Bank, and two factories – one with Egyptian-Australian experience in east Burullus and the other with Chinese expertise in north Borullus – have invested $24 million in the sand factory in North Burullus.