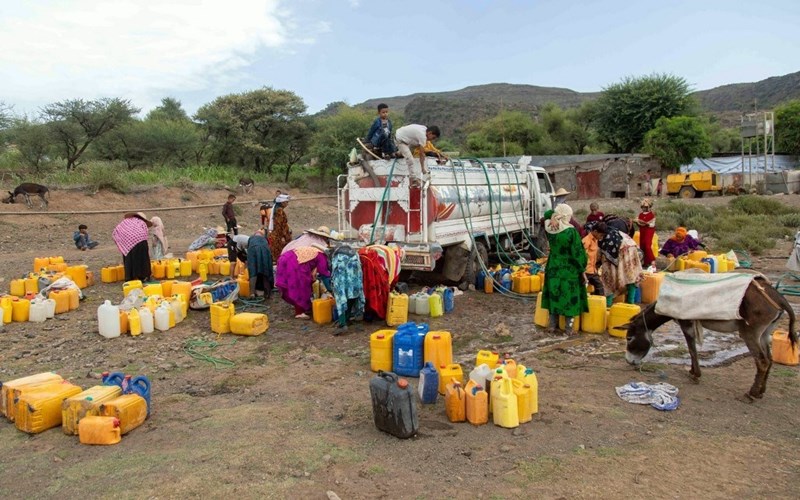 Yemenis are in urgent need of water, sanitation, and hygiene (WASH) assistance; access to clean and safe drinking water remains crucial for the good health and survival of a whole nation, according to the United Nations (UN).

The International Organization for Migration (IOM) tweeted that Yemen is suffering from the worst humanitarian crisis in the world, as nearly 15.4 million people lack access to safe water and sanitation.

The United Nations recently announced that every ten minutes, a child dies in Yemen from preventable causes, including hunger and disease.

She detailed that “some 2.3 million Yemeni children are acutely malnourished, and 400,000 children under age five suffer from severe acute malnutrition.”

He added that “famine is not just a food problem, it’s a symptom of a much deeper collapse,” he warned. People are starving not because there is no food, but because they cannot afford it.”

It is noteworthy that the World Bank warned on August 4th that nearly 70% of Yemen’s 30 million people are at risk of starvation.