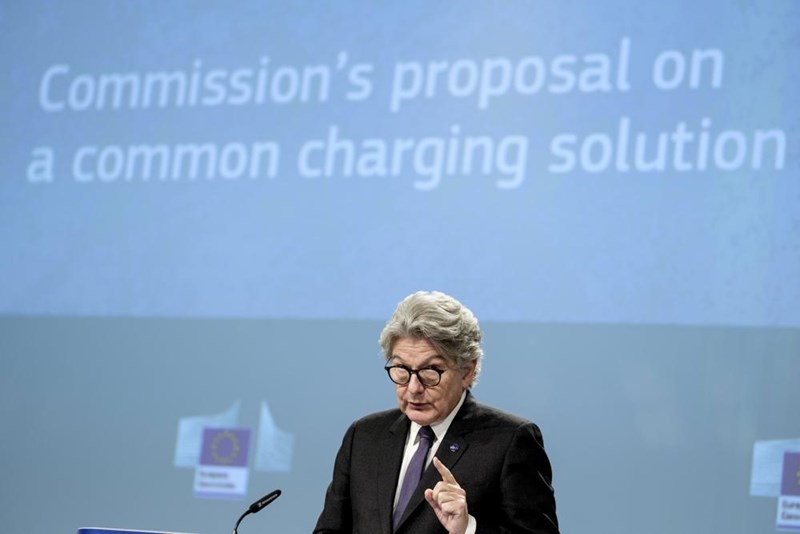 The European Union revealed on Thursday a proposal that pushes the smartphone industry to adopt a uniform charging cord for mobile devices. The proposed legislation would make it easier for mobile users to find a charger by mandating USB-C cables for charging.

The proposal has two pros, the first is that it limits the jumble of cables and the second, which is more important, is the reduction of electronic waste, knowing that up to 11,000 metric tons of electronic waste are thrown every year.

Brussels suggested granting all device manufacturers a 24 month transition period upon the approval of the proposal.

Apple argued against the proposal saying, “unfortunately this legislation will disrupt a thriving ecosystem, create electronic waste, and be greatly inconvenient to users.”

Apple argued that the proposal could limit the company’s innovation. It is worth mentioning that iPhones come with the company’s lightning charging port, and the newest models include cables that can be plugged into a USB-C socket.

The universal charger plan has been welcomed, however, by the European Association for the Coordination of Consumer Representation in Standardisation (ANEC).

They released a statement saying, “the present plethora of chargers – both within brands and among brands – represents unnecessary costs to the consumer and to the environment in the extraction of the raw materials for their construction and in their disposal.”