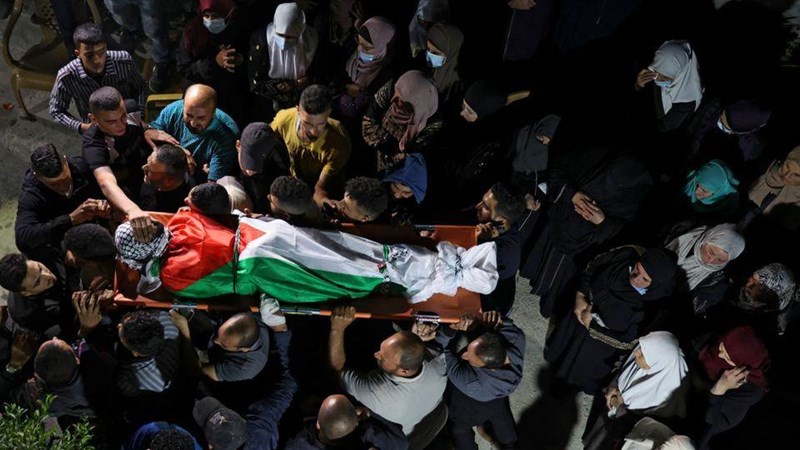 He also reported that the martyrs rose in Burqin and Bidu in northwest occupied Jerusalem.

The martyrs were Osama Soboh from Burqin, whose wedding was set for next month, Ahmed Zahran from Bidu, whose brother was murdered by the IOF 23 years ago, Mahmoud Hmeidan from Bidu, and Zakariya Badwan from Bidu, a father of two children.

The Palestinian health ministry confirmed a total of 4 deaths from Israeli gunfire during raids in the West Bank. A post by @shejae3a on Twitter contains photos of the Palestinian martyrs.

Hamas saw that the martyrdoms that took place today are the result of the security coordination with the Israeli occupation, calling it the “fruit of the normalization meetings the Palestinian Authority held with the occupation ministers and Knesset members in Ramallah a few days ago.”

The Popular Resistance Committees called on the Palestinian people after news about the martyrdoms to continue resisting at all points of contact with the Israeli occupation forces.

The Popular Front for the Liberation of Palestine said the Israeli occupation continues to commit crimes against the Palestinian people, and called for more solidarity and unity and to “take the issue to the battlefields and open confrontation with the occupation throughout the occupied territories.”