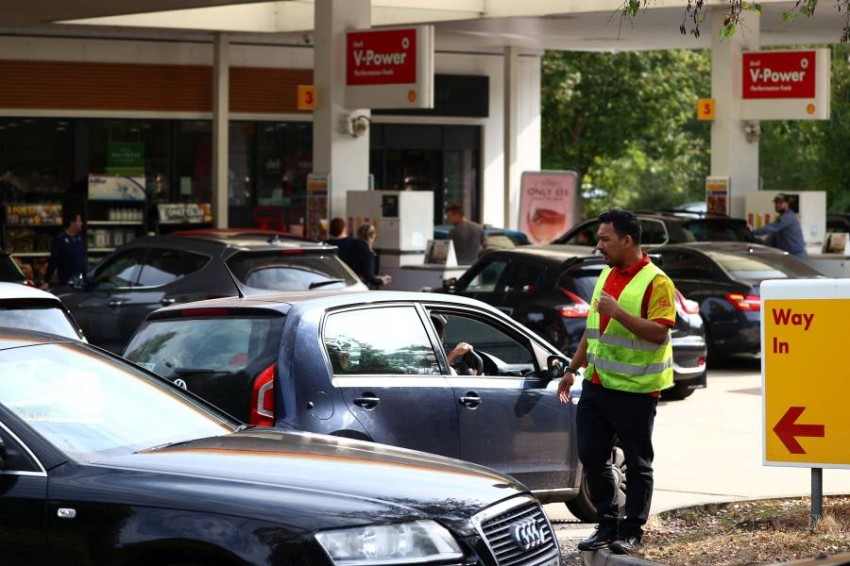 Fights break out as panic rises amid the ongoing fuel crisis in Britain.

Britain has been suffering from a fuel crisis for over a week. However, the government announced on Friday that about 200 military personnel, including 100 military truck drivers, will be deployed on Monday to help solve the crisis.
Activists on social media circulated video clips of panicking and enraged citizens and fights that erupted in some cases among those waiting in long queues. Even motorcyclists have had their share of these quarrels while waiting.
Activists also circulated a video clip of the British young man, Gus Lee Dolphin, skipping queues at a petrol station on the back of his horse, Stirrup, in the county of Surrey, southeast England.
He chanted, “Queuing for petrol… but I’m on a horse… I don’t need petrol because it runs on carrots.”
According to a CNBC report, the UK is currently experiencing a shortage of around 100,000 drivers, which has disrupted deliveries, thus limiting the supply of goods and fuel.