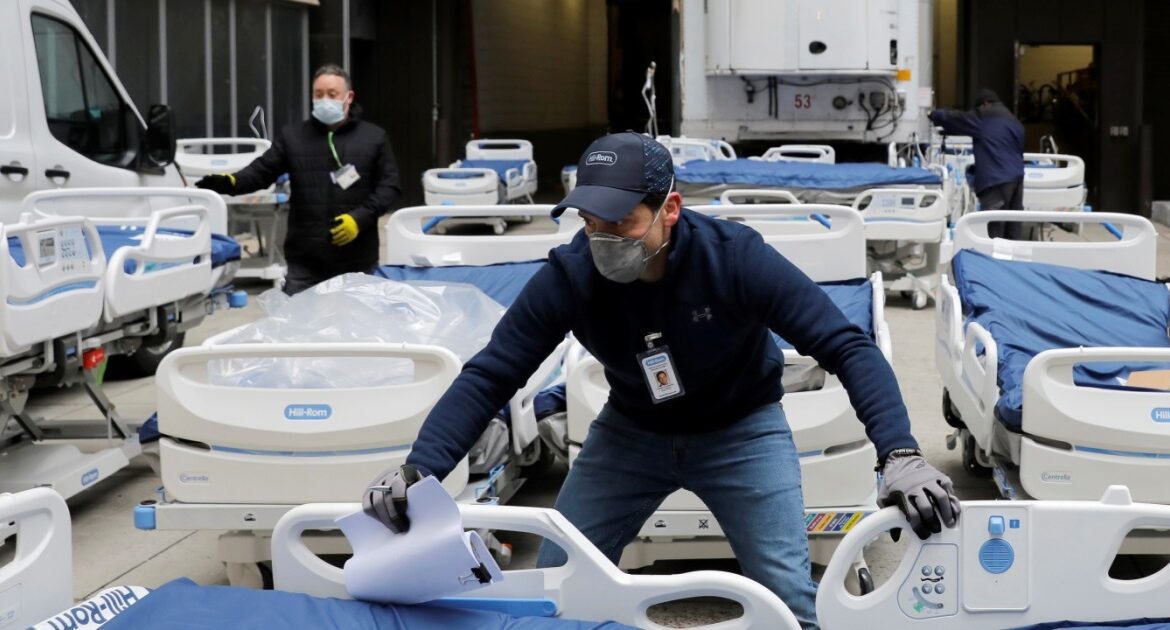 US fatalities from Covid-19 surpassed 700,000 on Friday, according to figures from Johns Hopkins University, a toll roughly equivalent to the population of the nation’s capital Washington.
The grim threshold comes with an average of well over 1,000 dying each day, in a country where 55.7 percent of the population is now fully vaccinated, according to the Centers for Disease Control and Prevention.

After a heavily criticized early response to the pandemic, the United States organized an effective vaccine roll-out — only to see a significant portion of Americans still refusing to get the shots.

The United States finds itself having notched the most fatalities in the world, far exceeding other frontrunners such as Brazil and India, and facing a resurgence in cases due to the prominence of the highly contagious Delta variant.
While the latest global coronavirus wave peaked in late August, the virus continues to spread rapidly, particularly in the United States.

The vaccination campaign launched by US authorities in December — which had reached a peak in April, with sometimes more than four million injections per day — has meanwhile slowed considerably.

Coronavirus misinformation has been rampant in the country, and masking remains a political issue, dividing many Americans.
Some Republican governors, such as those in Texas and Florida, have sought to ban mandatory masking in their states, citing individual freedoms.

The Democratic state of California on the other hand announced on Friday that Covid vaccinations will be compulsory for all students.
In Washington, hundreds of thousands of white flags fluttered on the grass on the National Mall, not far from the White House, as somber reminders of those who have died of Covid in the United States.

Nearly 4.8 million people worldwide have died since the outbreak began in China in December 2019 .