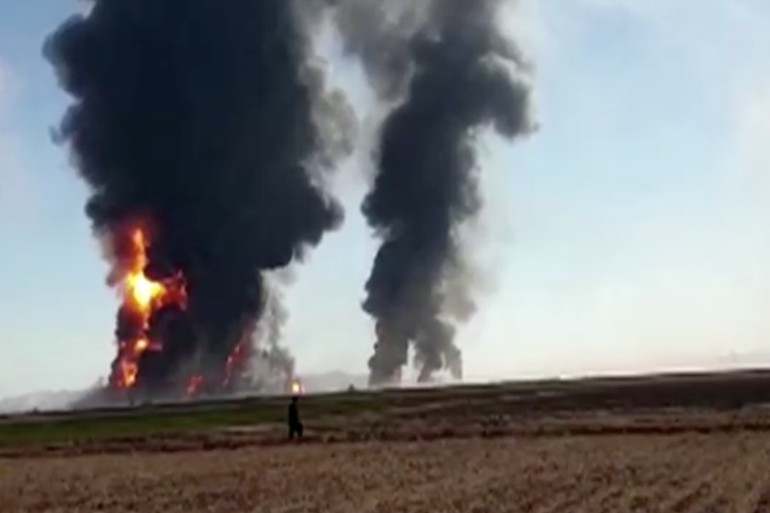 TEHRAN, Oct. 05 (MNA) – The spokesman for Iran’s Customs Administration reported a fire on Tuesday at Iran-Afghanistan Dogharoon shared border crossing, while the latest reports suggest the fire has been brought under control.

The spokesman for Islamic Republic of Iran Customs Administration (IRICA) Rohollah Latifi reported a fire on Tuesday at the Dogharoon border crossing in Iran’s Khorasan Razavi province, which is called Islam Qala on the other side of the border in Afghanistan’s Herat Province.

According to Latifi, a lorry carrying fuel that had caught fire started the fire at around 12:00 Tehran local time after spreading it to few other trucks parked in Dogharoon.

The spokesman said that immediately after the fire broke out, the customs personnel evacuated the trucks from the area to a safe place so that the fire would not spread to other trucks.

He added that while evacuating the trucks were going on, two other Afghan trucks caught fire.

Meanwhile, the director of Dogharoon customs said that the fire has nearly been brought under control.

A massive fire at Islam Qala on the Afghan side of the border earlier this year consumed more than 500 trucks carrying natural gas and fuel.