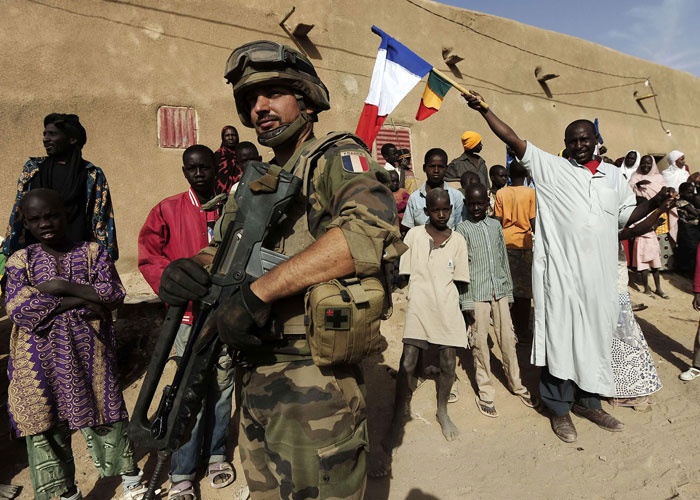 Militant groups in northern Mali’s Kidal region have been trained by French officers, Prime Minister Choguel Kokalla Maiga claimed in an interview with RIA Novosti, saying two-thirds of his country is “occupied by terrorists.”

Mali has evidence that French forces present in its territory with a mission to counter terrorist groups have been instead “training” militants, the transitional government’s prime minister told Russia’s RIA news agency on Friday. According to the Malian official, France now controls an enclave in Kidal, with Mali having no access there.

“They have militant groups there, who have been trained by French officers. We have evidence of that. There is an expression in our language, saying that when you are looking for a needle in your room and someone, said to be helping you in the search, is standing on that needle, you will never find it. So this is the situation happening now in Mali, and we don’t want to bear with it,” Maiga said.

The politician explained that terrorists now operating in Mali “came from Libya,” with France and its allies having destroyed the North African state in an ill-fated 2011 military intervention led by NATO. Initially, Bamako wanted to cooperate with Paris in fighting terrorists and asked for assistance with intelligence data and air support. “No one asked for its ground presence,” the prime minister said.

While “eight years ago terrorists were present only in the northern part of Mali, in Kidal, now two thirds of the country are occupied by terrorists,” he added.

In 2014, France launched its Operation Barkhane in the region, having partnered with local authorities to counter and suppress terrorist groups, including militants linked to Al-Qaeda, and stabilize the situation in G5 Sahel countries (Burkina Faso, Mali, Niger, Chad and Mauritania – all formerly French colonies). Earlier this year, French President Emmanuel Macron announced his country would be restructuring its military presence in Africa’s Sahel region, and closing its bases in northern Mali, with the move set to be completed by the beginning of 2022.

Addressing the United Nations General Assembly in September, Maiga said Paris blindsided and abandoned his country with the decision.

A massive diplomatic and media campaign has been rolled out against Mali since, the minister said in the latest interview with the Russian news agency. But his state “only wants reliable partners, acting in the interests of the country,” he said, adding that Mali, being a sovereign nation, “has a right to it.”
In the diplomatic row between Bamako and Paris, President Macron, speaking to French media, has suggested that Mali’s current interim administration isn’t “even a government.” He claimed that without France’s involvement, the country would have long been overrun by terrorists. The Malian Foreign Ministry has summoned the French envoy to express “indignation and disapproval” over Macron’s remarks, while urging French authorities to build a relationship based on “mutual respect,” with a focus on the fight against terrorism.