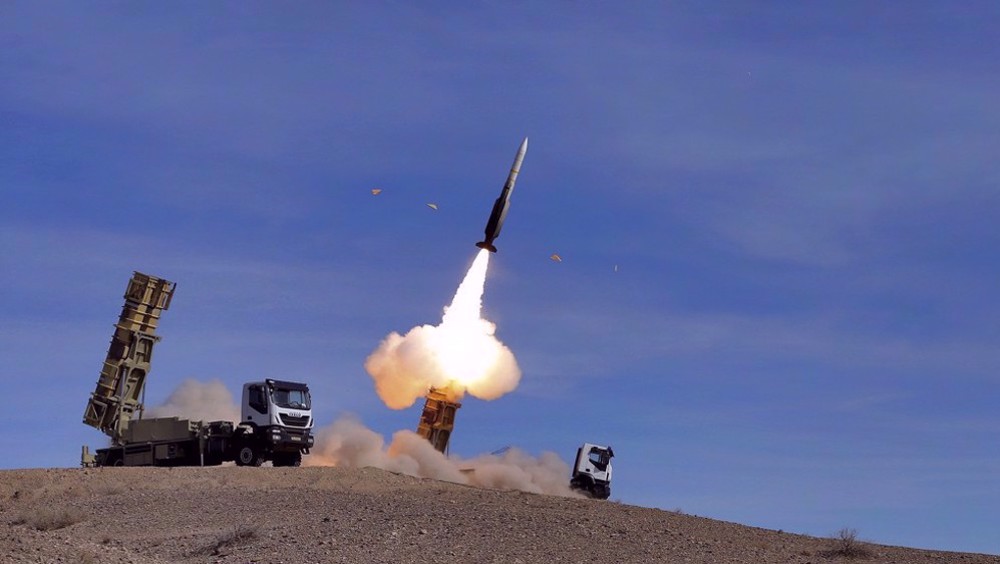 Codenamed ‘Modafean Aseman Velayat 1400’ (Guardians of ‘Velayat Sky’ 1400), the exercise kicked off in the country’s sprawling Central Desert on Tuesday, with the goal of practicing defensive maneuvers in the service of the country’s “sensitive and vital” spots and testing the operational maneuverability of the Armed Forces’ new-generation defensive equipment among other things.

The medium-altitude targets that were smashed through using the equipment had been assigned for the special purpose of the drills by the country’s Integrated Air Defense Network, he added.

The commander said application of the domestically-built equipment during the event served, on the one hand, as “the biggest indication of neutralization and ineffectuality of the global arrogance’s sanctions in the military sector,” and reflected the Islamic Republic’s “power and capability in the area of air defense” on the other.

The Army and the IRGC also practiced electronic warfare and cyber defense by testing their prowess in the respective areas against invasive maneuvers, Rahimzadeh noted.

air defenses Iran Iranian army TEHRAN
Previous ArticleRussia invites US to lift all restrictions from foreign missions in reciprocal move .
Next Article The Green Agenda and the Plan to Collapse the Industrial World Economy .