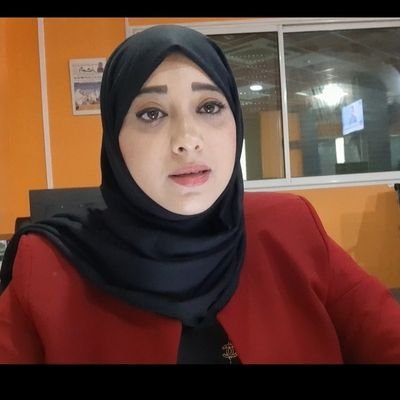 French President Macron provoked Algeria’s wrath and indignation after his critical and divisive comments were reported by Le Monde newspaper.

Algeria has recalled its ambassador to France in protest of the statements, and Algerian authorities then closed their airspace to French military aircraft. Many Algerians will likely call on France to apologize for the crimes it committed during its colonization of Algeria over a period of 132 years (1930-1962) which, according to the Algerian presidency, claimed the lives of more than five million Algerians.

Steven Sahiounie of MidEastDiscourse interviewed Hana Saada in order to gain a better understanding of the Algerian perspective. She is a journalist, interpreter and PhD candidate, besides writing for several media outlets based in Algeria.

1.  Steven Sahiounie (SS):  Recently the tensions between Algeria and France got to the highest level in decades. In your opinion why France is launching this political war on Algeria at this time?

Hana Saada (HS):  French President Emmanuel Macron said, that Algeria’s history was “not based on truths” but “on a discourse of hatred towards France.”

French President Emmanuel Macron’s recent remarks about Algeria were intentional and part of the pre-election campaign for the upcoming French presidential election. I qualify them as “right-wing speech”, because Macron is not actually out of the logic through which the French right perceives Algeria as a lost paradise, especially after the adoption, by the French national assembly, of the law of February 23, 2005, glorifying colonialism.

Domestically, Macron is facing growing internal criticism, coinciding with the declarations of the Malian Premier Choguel Kokalla Maiga, that he has evidence that France has been training terrorist groups ( Ansar al-Din, linked to al-Qaeda)  operating in the West African country.

So, Macron resorted to these declarations in a context of pre-election campaign for the next French presidential election, in particular with the return of the extreme right to the front of the political scene. By attacking Algeria in this way, Macron wants to ride the wave with a right-wing electorate nostalgic for + French Algeria + in anticipation of the next presidential election…a wing that glorify the countless colonial crimes in Algeria that correspond to genocide and crimes against humanity.

Besides, these remarks come as a reaction to Algeria’s new economic orientations. Algeria, within the framework of the recovery of its full independence and sovereignty, withdrew several markets from French companies and limited the importation of superfluous products, which mainly came from France.

The decision to diversify economic partners and reduce its imports of goods and services stroke a hard blow to the French economy, as it used to be Algeria’s second-largest supplier after China.

Thus, the most important strategic partners for the next phase are China, Russia, Turkey, given that China is today the largest partner of Algeria and the first supplier of the Algerian market with products and goods.

3. SS:   President Macron questioned if Algeria existed before the French colonization. Has Macron got his history right, or does he need a history lesson. How do you explain his statement?

Saint Augustine, one of the pillars of the Christian religion, known as “One of the Fathers of the Church”, was born in Souk Ahras in Algeria.

This attitude is intrinsically linked to the incoherent logic of the alleged civilizing mission of the West, a pretext used to conceal the crime against humanity perpetrated against Algeria and so many African peoples.

4. SS:  France has said that it was disappointed that Algeria did not take back some of its citizens. What is your take on that?

HS:  President Tebboune revealed that both lists sent to Algeria in 2020 and 2021, include the names of 94 individuals, of which 21 have been authorized to return to Algeria, while 16 others were outright turned back, and they will never set their feet in Algeria, because of their involvement in terrorist acts.

In this vein, the chairman of the Algerian lower house of Parliament (the People’s National Assembly) foreign affairs committee, Hani Mohamed, explained that some the Algerians expelled have returned from terrorist radicalization groups, after France trained them to carry out missions in Mali and different regions, while others are not even Algerians.

5. SS:  Has Israel played a role in the tensions between Morocco and Algeria?

HS:  Definitely yes, the Zionist Entity is playing a pivotal role in soaring tensions between Morocco and Algeria. An accumulation of grievances, linked to Zionist-Moroccan interference in Algeria’s affairs, has led to Algeria’s decision to sever diplomatic ties with Morocco and to shut down its airspace to Moroccan civilian and military airplanes.

These backdrops of this decision include massive and systematic acts of espionage by Morocco, which resorted to a Zionist-made Pegasus spyware against Algerian officials and citizens, as Morocco and the Zionist had inked several agreements linked to cyber security and the exchange of intelligence information following Morocco’s normalization, on December 10, 2020, of diplomatic ties with the Zionist Entity, which came with a quid pro quo of American recognition of Rabat’s sovereignty over Western Sahara, the last colony in the African continent.

6. SS:  Algeria in the past experienced many years of destabilization caused by radical Islam similar to what is happening in Syria. What is your take on this?

HS:  Terrorism has been defeated in Algeria thanks to the combination of a vast set of military, political, religious, economic, social and educational policies and strategies.

Three structuring approaches have been launched: the process of national reconciliation, the promotion of democracy as an antidote to violent extremism, and the policy of multisector de-radicalization, to which all actors in society have contributed in order to eliminate the sources of radicalism.

Concisely, based on the experience of the black decades it witnessed, Algeria has established a vigilant and proactive diplomacy, a diplomacy which is able to contain the threats and the malicious plans hatched against the country, which require, today more than ever, the intensification of efforts and the closing of ranks in order to immunize the internal front and strengthen national cohesion against intrusion attempts, strife, fitna, division, and external threats of terrorism with a view to preserving territorial integrity, independence, national sovereignty and unity.