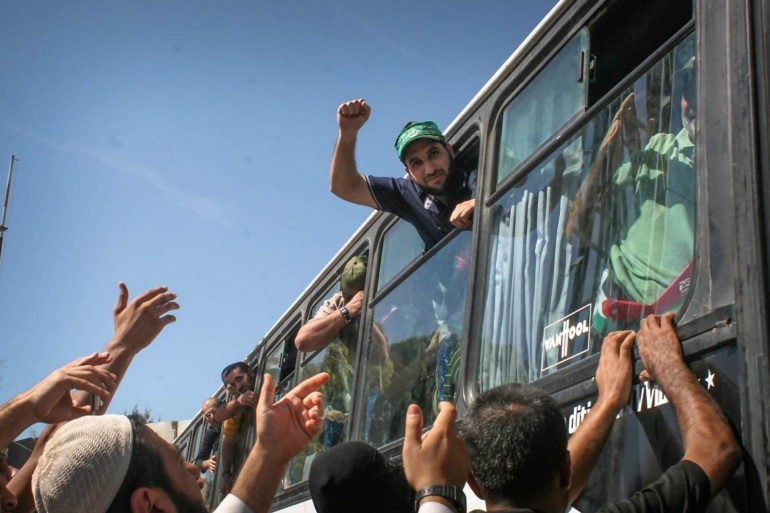 In an interview with Al-Mayadeen, a member of Hamas’ Political Bureau Zaher Jabarin confirmed that there is a genuine discussion about uniting all Palestinian resistance movements to fight for the Liberation of Al-Quds and all of Palestine.

Jabarin confirmed that the Palestinian prisoners’ resistance inside Israeli prisons will persist, adding that the Israeli occupation is not yet prepared for a prisoner exchange deal.

Simultaneously, Hamas and Islamic Jihad warned the Israeli occupation against “testing the patience and resistance of the Palestinian people,” emphasizing that the occupation must bear the consequences of this “foolish policy” that may lead to a wide explosion in the region.

The two movements affirmed that the occupation “is not allowed to single out any prisoner or faction inside prisons,” including removing all prisoners from isolation.

Hunger strikes of the prisoners were also supported by the movements, as well as their right to “Freedom and ending the unjust policy of administrative detention,” which according to the movements aims to undermine the determination of the people’s fighters.

Earlier, the Al-Quds Brigades announced a general mobilization among its fighters in response to the Israeli occupation’s punitive measures against prisoners.

This was preceded by the movement’s announcement that about 150 of its prisoners started an open hunger strike, a step marking the start of a gradual escalation in their battle against the occupation prison authority.

Palestinian activists staged a protest in front of “Israel’s Kaplan Hospital” in support of prisoners on hunger strikes.

Protesters held Palestinian flags and banners demanding the release of prisoner Miqdad Al-Qawasmi who was recently admitted to a hospital. Protesters also called for an end to the administrative detention of Palestinians.
Al-Qawasmi’s life has been in severe danger, according to international organizations and others concerned with prisoner affairs, as a result of his continued hunger strike and his refusal to take any food supplements for 86 days now.

hamas political bureau israeli_OCCUPATION Palestine Palestinian resistance
Previous Article“Algeria has freed itself from dependence on France,” Hana Saada interviewed
Next Article There should be no haste to recognize Taliban officially — Putin .