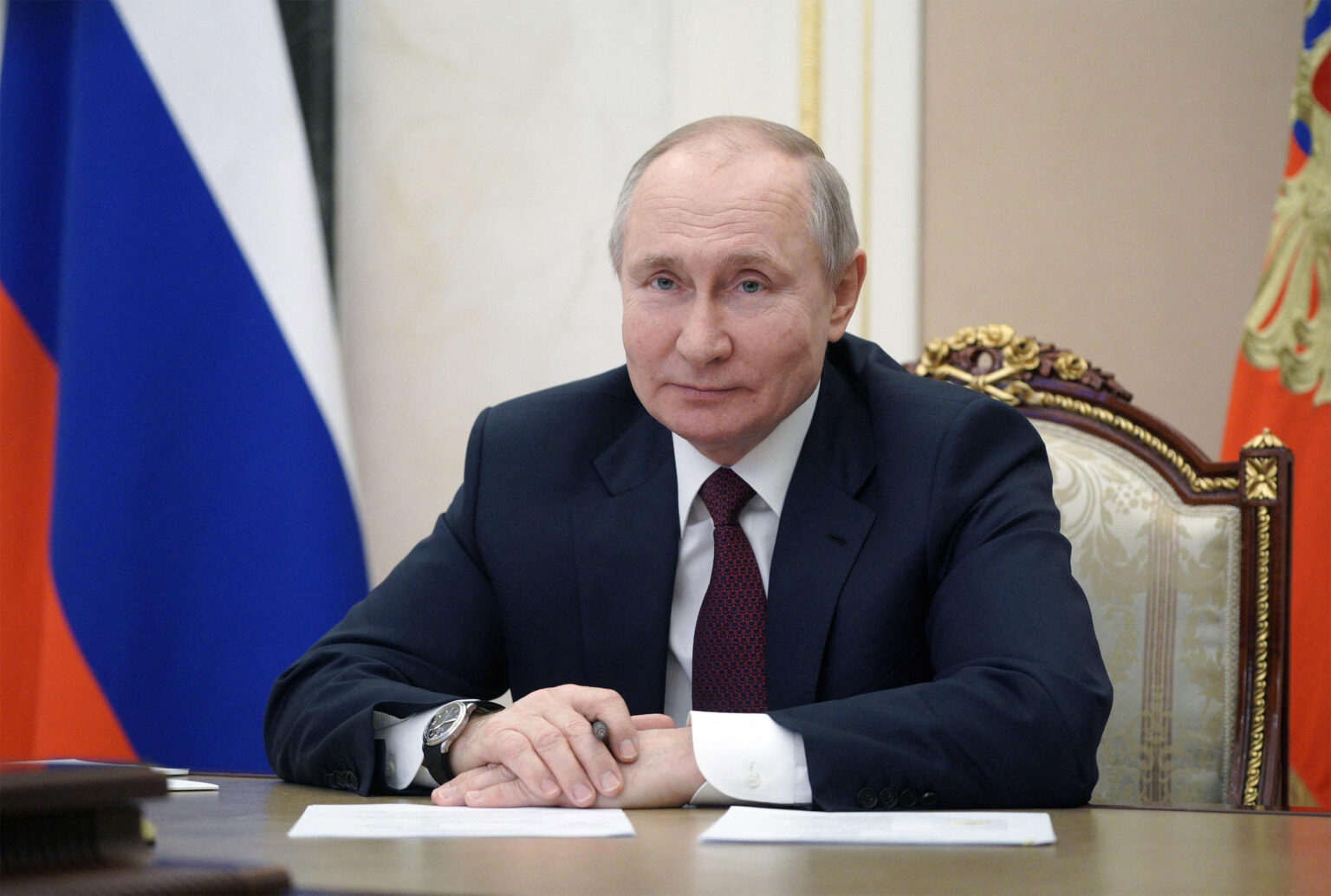 Russian President Vladimir Putin meets with members of the public of Crimea via a video link in Moscow on March 18, 2021. (Photo by Alexey DRUZHININ / SPUTNIK / AFP) (Photo by ALEXEY DRUZHININ/SPUTNIK/AFP via Getty Images)

There should be no haste to recognize Taliban officially — Putin .

NOVO-OGARYOVO, October 15. Russian President Vladimir Putin believes that interaction should be maintained with the Taliban movement (outlawed in Russia), but there should be no haste to recognize them officially.

“There should be no haste to recognize the Taliban officially. We are aware that they should be cooperated with, but there is no place for haste,” Putin said at the CIS summit on Friday. He added that Moscow was going to discuss these questions with its CIS counterparts.

“At the same time, an intention has been announced to conduct general elections. Measures are being taken to restore the operation of public administration bodies to normal,” Putin said. “Within the CIS framework we will certainly keep track of whether these pledges are backed up by real action.”

“It is necessary to support the process of intra-Afghan reconciliation and to promote normalization in that country in general,” Putin said. “We all can contribute to the resumption of activities by the enlarged troika – Russia, the United States and China with Pakistan taking part (I would ask you to support this), and also the Moscow format, in which the region’s key countries, including Central Asian ones are involved,” Putin said. “We are moving towards holding meetings within the framework of these mechanisms in Moscow in the near future, in October.”

Earlier, Russian Foreign Ministry spokeswoman Maria Zakharova said that Moscow was expecting the arrival of a large Taliban delegation for consultations on Afghanistan next week. Presidential spokesman Dmitry Peskov confirmed that preparations for contacts on Afghanistan were underway.

The Moscow format meeting is due on October 20. This platform emerged in 2017 on the basis of a six-party mechanism of consultations by special envoys from Russia, Afghanistan, India, Iran, China and Pakistan.