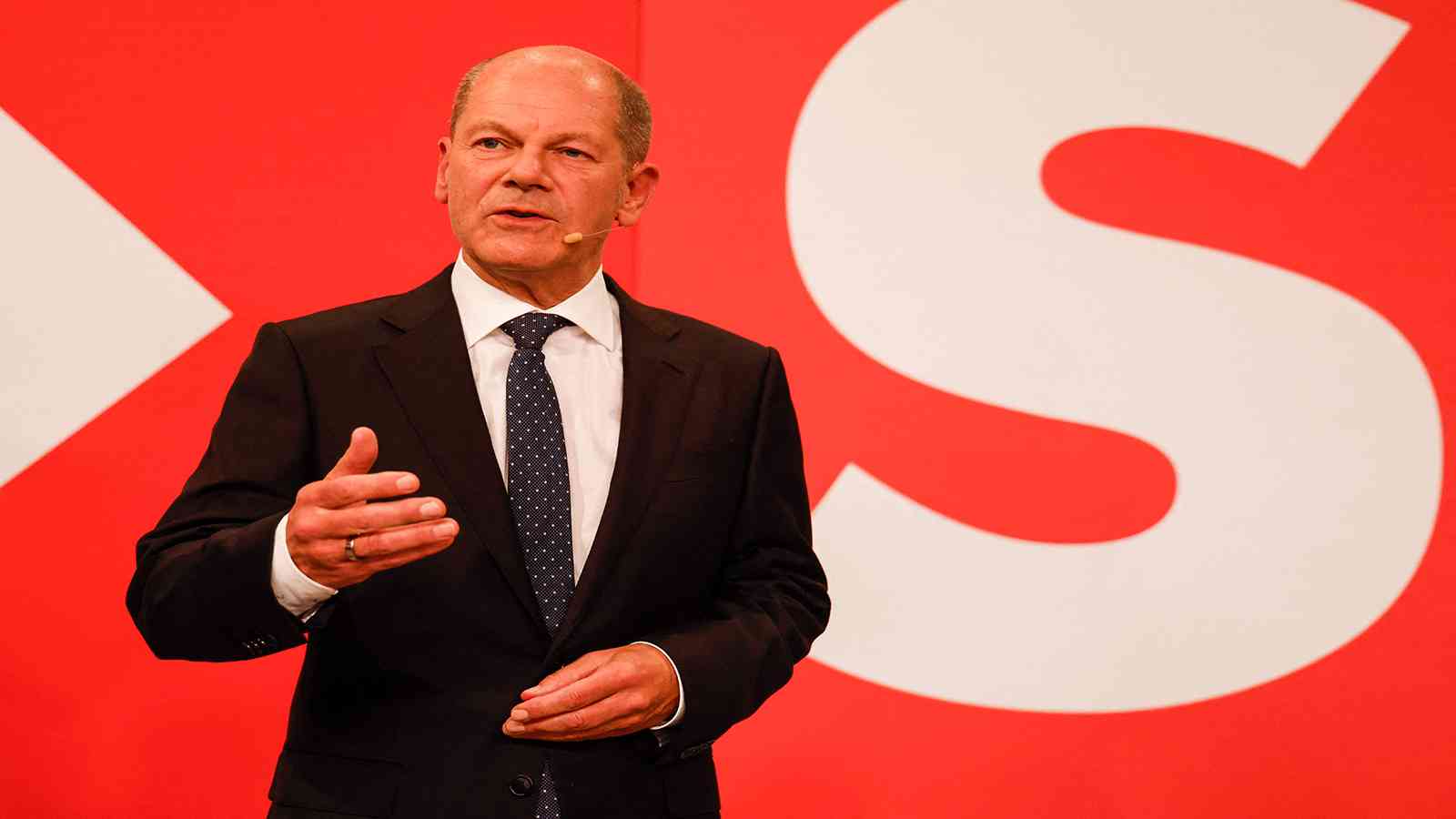 German Finance Minister Olaf Scholz took a step closer to succeeding Angela Merkel as chancellor, as his Social Democrats, the ecologist Greens and liberal FDP on Friday announced a preliminary deal to form a new government.

The three parties have been holding talks since Scholz’s centre-left Social Democratic Party (SPD) won the general elections on September 26 with Merkel’s conservatives in second place as she prepares to leave politics.

“Overall, we can sense here that a new beginning is possible, brought about by the three parties that have come together here,” Scholz told reporters.

“We have agreed on a text from the exploratory talks,” he said, adding that this “is a very good result that clearly shows that a government that aims to ensure we achieve progress can be formed in Germany.”

Greens co-leader Annalena Baerbock said the initial agreement heralds a “coalition of progress” to “really use the next decade as a decade of renewal”.

The agreement that will form the basis of formal coalition talks all but means that Merkel’s CDU-CSU alliance is headed for the opposition benches after scoring their worst post-war election result.

CDU leader and chancellor hopeful Armin Laschet had recently said his party remains open to forming a governing coalition, but even his own job is hanging on a thread.

Facing their worst crisis in decades, the conservatives are planning a clean sweep of their leadership, with a congress by December to elect their new bosses.

Scholz, who is also Merkel’s vice chancellor, this week voiced confidence that the three-way talks involving his party will produce Germany’s next government before Christmas.

A coalition of SPD, Greens and FDP — known as “traffic-light” after the three parties’ red, green and yellow colours — has found favour with Germans, with 62 percent approving the constellation as the next federal government, according to a poll published Friday.

Scholz’s approval rating was even higher, as three in four say it was “good” for him to become chancellor.

The imminent shift in Germany’s leadership to the centre-left comes as Europe’s biggest economy is grappling with the complex challenge of securing the country’s post-pandemic recovery.

Serious shortages in raw materials and components are already crimping growth, with  factories of Germany’s vital automotive industry idled because of the supply issues.

Through the formal negotiations, the Greens and the pro-business FDP will have to see if they can bridge their differences on issues including climate protection, taxation and public spending.

But both parties have said they want to “build bridges” in order to govern.

All sides are eager to avoid a repeat of the 2017 election aftermath, when the FDP dramatically walked out of coalition talks with the conservatives and the Greens and it took months for a new government to take shape.

Analysts believe that as compromises are found between the parties, Germany is unlikely to see a sharp lurch to the left.

Scholz has after all been Merkel’s finance minister and has repeatedly said he adheres to Germany’s no-new-debt rule.

Berenberg Bank’s analyst Holger Schmieding said it may in fact be “more difficult under Scholz” than under a CDU-led coalition to obtain potential changes in German and European rules or additional German fiscal commitments in Europe.

“As finance minister since March 2018, Scholz has already shaped the German fiscal stance and its position in EU negotiations to a significant extent. Do not expect a sea change from his potential move into the chancellor’s office,” wrote Schmieding.

Rather, Germany will likely continue on its “gradual shift towards a flexible interpretation of rules, more spending at home and in Europe and more investment into the green and digital transformation, infrastructure and health care.”