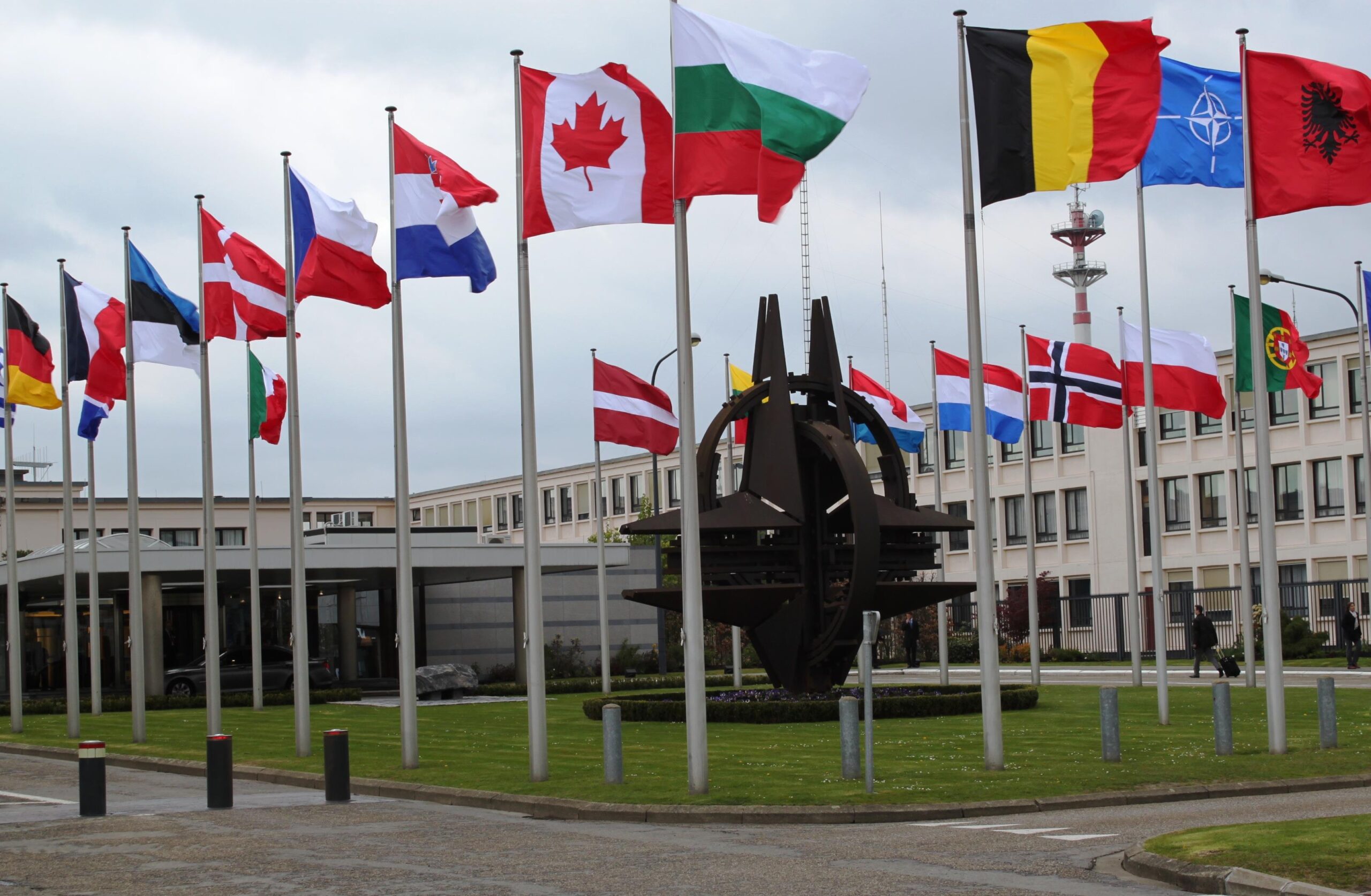 o third country can veto Ukraine’s wish to join NATO, the Pentagon chief has said. His statement comes after Moscow warned Kiev that joining the bloc would go beyond “red lines” and may prompt Russia to “take active measures.”

Ukraine is free to decide its future and foreign policy, with no foreign entity having a say in its aspiration to join the NATO alliance, US Defense Secretary Lloyd Austin said Tuesday.

“Ukraine… has a right to decide its own future foreign policy and we expect that they will be able to do that without any outside interference,” Austin said at a joint press conference with his Ukrainian counterpart Andrey Taran in Kiev.
” No third country has a veto over NATO’s membership decisions. “

The statement apparently came in response to a harsh warning against Ukraine ever joining NATO, voiced by Moscow a day earlier. Speaking to French journalists for a program called ‘Vladimir Putin: Master of the Game,’ the Kremlin’s spokesman Dmitry Peskov said that Kiev’s accession to NATO would be “the worst-case scenario.”

In fact, Russia is not the only “third country” opposing Ukraine’s NATO aspirations, with no unity on the issue existing within the bloc itself either. Hungary, for instance, has been actively opposing bot Ukraine’s NATO and its EU aspirations, calling Kiev out over a lack of “democratic standards” as well as alleged persecution of an ethnic Hungarian minority living in the west of the country.

“In order to have a conversation on the issue [of joining NATO], any country has to achieve democratic standards, and Ukraine has not yet done so,” Hungary’s Foreign Minister Péter Szijjártó said back in September. Until these issues were sorted out, it would be “very difficult” to even discuss Kiev’s NATO aspirations, he stressed.
Ukraine has been actively courting NATO for the most part of its independent history following the collapse of the Soviet Union. The Kiev authorities got especially cozy with the North Atlantic alliance after the 2014 Maidan coup, that resulted in Ukraine’s President Viktor Yanukovich’s ouster and prompted the years-long conflict in the east of the country.

The low-intensity fighting, still continuing between Ukrainian government troops and the self-proclaimed Republics of Luhansk and Donetsk, was brought up by the Pentagon boss during the press conference as well. Austin squarely blamed the conflict on Russia, effectively repeating the talking points commonly used by Washington hawks and Kiev authorities.

“Let’s be clear, that Russia started this war and Russia is the obstacle to a peaceful resolution,” Austin said. “So we again call on Russia to end its occupation of Crimea, to stop perpetuating the war in eastern Ukraine, to end its destabilizing activities in the Black Sea and along Ukraine’s borders, and to halt its persistent cyber attacks and other malign activities against the United States and our allies and partners.”

Such stance effectively makes any dialogue on Ukraine between the US and Moscow impossible. Russia has repeatedly denied partaking in the war in eastern Ukraine, pointing out that it’s an internal conflict, triggered by the Maidan events.
Moscow also repeatedly rejected any possibility of talking about Crimea, stating that the country does not negotiate its territorial integrity with anybody. The Crimean peninsula broke away from Ukraine after the 2014 Kiev coup, subsequently joining Russia through a referendum.