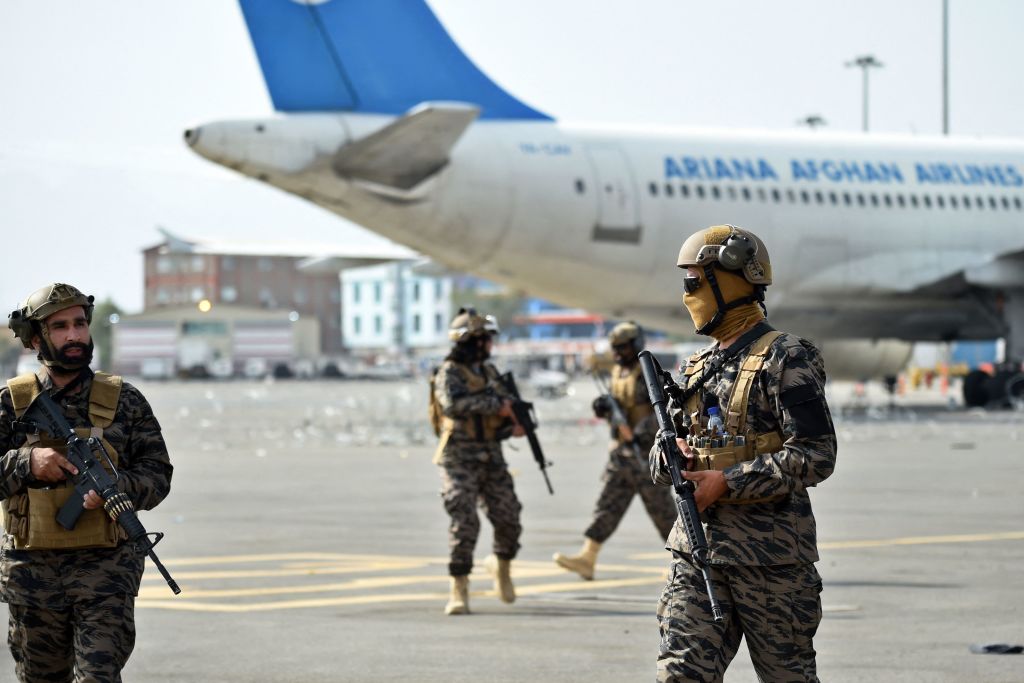 Taliban Badri special force fighters arrive at the Kabul airport in Kabul on August 31, 2021, after the US has pulled all its troops out of the country to end a brutal 20-year war -- one that started and ended with the hardline Islamist in power. (Photo by WAKIL KOHSAR / AFP) (Photo by WAKIL KOHSAR/AFP via Getty Images)

Up to 200 Americans still Stranded in Afghanistan

Between 100 and 200 Americans who wish to leave the country are still stuck there, State Department spokesman Ned Price told reporters during a Friday press briefing, claiming the numbers are “far from static” and are “constantly changing.”

“Any figure, any precise figure is nothing more than a momentary snapshot in time,” he said. “The same is true of Americans in Afghanistan who wish to leave and who are ready to do so. That number is always changing.”

Right now, the number of Americans in that category is between 100 and 200. That figure has risen in recent days as more Americans in Afghanistan have decided to depart in light of our successful facilitation of dozens of departures in recent weeks.

The spokesman added that there was “a slightly larger universe of Americans” who aren’t quite ready to leave the country, but said “If their plans do change, we will be glad to help facilitate their departure.”

Even the spokesman’s broader range of between 100 and 200 citizens comes in stark contrast to previous claims from the department. The day before the US evacuation mission wrapped up on August 30, Secretary of State Antony Blinken claimed there were “under 200 and likely closer to 100 [Americans] who remain in Afghanistan and want to leave.”

More than 200 citizens have been evacuated in the time since, suggesting the true figure may have been closer to double Blinken’s estimate – assuming another 200 Americans are still stranded, as Price indicated on Friday.

US officials have, however, highlighted the difficulties in tracking citizens’ whereabouts in a remote foreign country and determining their intention to leave, as many fail to inform the State Department or US Embassy of their comings and goings in Afghanistan.