Home Politics If EU ‘starts WW3’ against Poland by withholding promised funding, Warsaw will defend itself with ‘any weapons available’ – PM 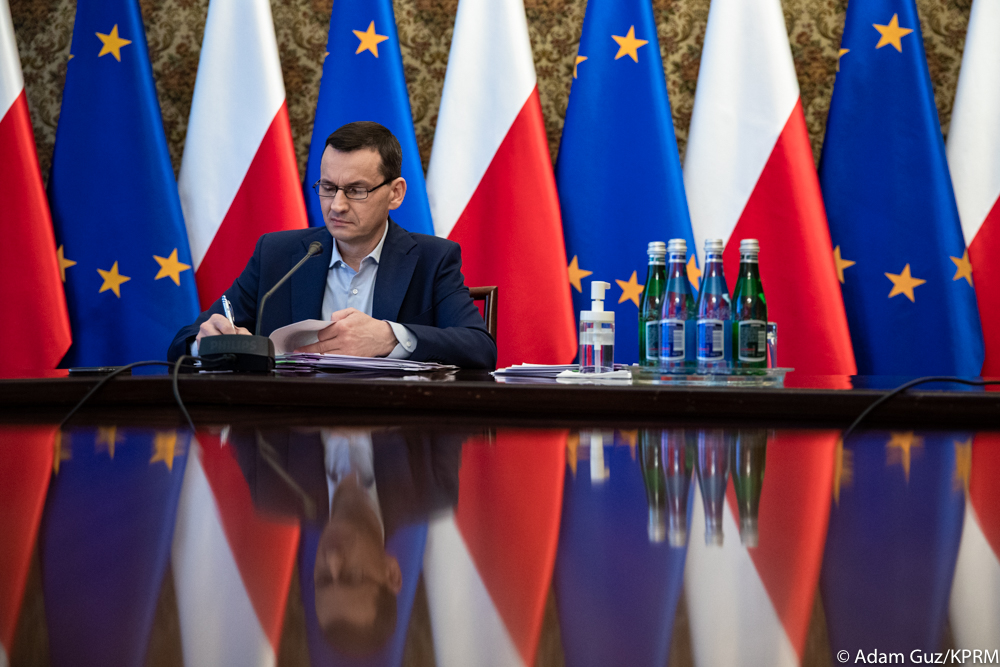 Polish PM Mateusz Morawiecki has warned the EU against acting “with a gun to our heads,” claiming Warsaw would defend itself by any means available if the EU launched a “third World War” by holding back Covid-19 recovery funding.

The strongly worded statement came after the European Commission threatened to leave Poland without billions in grants and loans as a response to a controversial decision by the country’s Constitutional Tribunal, which prioritized national laws over those of the European Court of Justice (ECJ).

“What will happen if the European Commission starts a third World War? … We are going to defend our rights with any weapons which are at our disposal,” Morawiecki said, when asked by the Financial Times if Poland could now veto important legislation such as the EU’s landmark climate package.

“We feel this is already discriminatory and a diktat type of approach [by Brussels]. But if it’s going to get even worse, we’ll have to think through our strategy,” he added.

The prime minister described the European Commission’s withholding of the €36-billion grant for post-pandemic rebuilding as a “breach of the rule of law,” and said Poles would not “surrender.” In order to find a compromise, he added, the EU should reverse its recent decision to fine Warsaw daily until it implemented ECJ decisions regarding its judicial reform.

“This would be the wisest thing they can do because then we are not talking to each other with a gun to our head. This very situation creates a relative lack of our appetite for any further actions,” he said

Morawiecki nonetheless summed up his recent talks with EU leaders – including outgoing German Chancellor Angela Merkel, French President Emmanuel Macron, and head of the European Commission Ursula von der Leyen – as “very satisfying,” and stated that, despite the aforementioned disagreement, there was no risk of “Polexit.”

Last month, the Polish Constitutional Tribunal ruled that some provisions of EU treaties conflicted with Polish laws, and that the European institutions were acting “beyond the scope of their competences.” Thе move to prioritize national laws over European ones raised eyebrows in Brussels. Several figures – among them Macron, Dutch Prime Minister Mark Rutte, and European Parliament President David Sassoli – demanded Poland be punished, while others, including Merkel, called for a compromise.