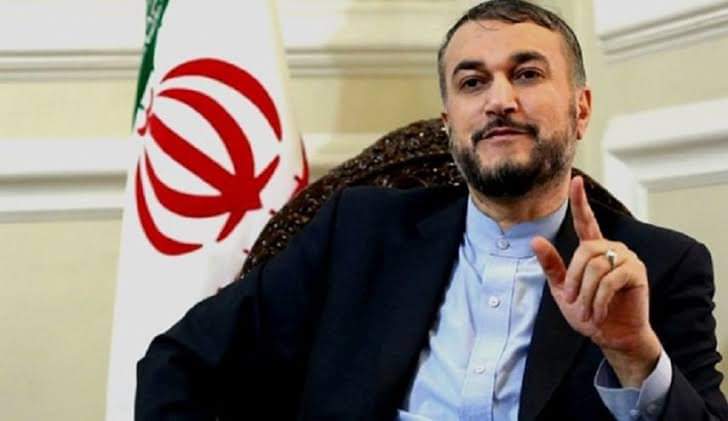 US has not shown serious will to return to nuclear accord, says Iran’s foreign minister

Iran’s foreign minister says the United States has not shown any serious determination to back up its verbal claims that it is ready to return to the nuclear deal with Iran from which Washington withdrew under former President Donald Trump back in 2018.

In a Sunday interview with Iran daily newspaper, Hossein Amir-Abdollahian reflected on the diplomatic efforts launched to resume talks, several rounds of which have been already held in the Austrian capital, Vienna, to remove unlawful sanctions imposed by the United States on Iran following the former’s withdrawal from the nuclear deal, officially known as the Joint Comprehensive Plan of Action (JCPOA).

“When I was in New York [to attend the UN General Assembly’s meeting], I received demands [for Iran] to return to the Vienna talks and restart negotiations from the point that the parties had reached before Iran stopped taking part in those talks,” he said.

Iran’s foreign minister added, “I told the three European countries [that are signatories to the JCPOA], and Mr. Josep Borrell (EU’s foreign policy chief) and [UN chief António] Guterres that … perhaps a simpler way is to agree [to return to talks] at the point where Trump left off.”

“I personally believe that if there were serious will in America to return to the JCPOA, there would be no need to all these talks. It would be enough for the US President [Joe Biden] to issue an executive order tomorrow and announce that they would return to the point where Trump left [the JCPOA]. The problem, however, is that we hear in their messages that the Americans do possess this will and intent, but we do not see it in their actions,” Amir-Abdollahian noted.

The remarks came a day after the US and its European allies said Iran needed to change course in order to “quickly reach and implement an understanding on returning to the full compliance” with the JCPOA, in remarks that followed the announcement of fresh US sanctions on the Islamic Republic, which, according to Iran, proved that the US “is not trustworthy at all.”

Iran and six world powers, including the US, France, Britain, Russia and China plus Germany, inked the JCPOA in July 2015. The agreement removed international sanctions on Iran in exchange for certain limits on Iran’s nuclear activities.

The deal, however, was unilaterally abandoned by the US in 2018 despite Iran’s full compliance with its nuclear undertakings, as repeatedly certified by the International Atomic Energy Agency (IAEA). The US then unleashed a “maximum pressure” campaign against Iran which practically deprived the country of all of the deal’s economic benefits.

Iran fully honored its nuclear obligations for an entire year, after which it decided to ramp up its nuclear work as a legal “remedial measure” against the US violation of the deal and the abject failure on the part of the other signatories, the E3 in particular, to safeguard its benefits.

‘You must do something to show your goodwill’

Elsewhere in his interview, Iran’s foreign minister strongly criticized the Biden administration for keeping the Trump administration’s so-called maximum pressure policy in place against Iran despite its rhetoric to do away with the “failed policy.”

Amir-Abdollahian said he told top diplomats trying to mediate between Tehran and Washington that there must be a sign from the American side to show that the US is steadfast and serious in its claim to return to the JCPOA.

“You must do something to show your goodwill,” he said, addressing US officials, adding, “For instance, release $10 billion of Iran’s [frozen] money in foreign banks. Only then will it become clear that Biden is true to his stated intentions.”

The top Iranian diplomat further stated that he also told European officials that Iran expects them to put pressure on the American side, instead of acting passively toward the US as the party that violated the JCPOA.

Most of the time, Iran’s foreign minister complained, “it seems as though the European Union and the three European countries only put pressure on us and are inactive towards the United States.”

Back in April, Iran and the remaining parties to the landmark nuclear deal began negotiations to restore the deal. The talks were paused in late June after Iran’s presidential election, but Iran announced on Wednesday that the talks will resume in November.

In spite of Iran’s formal announcement, US Secretary of State Antony Blinken on Sunday voiced skepticism about “whether Iran is serious about doing that,” threatening Iran that “we are looking together at all of the options necessary to deal with this problem” if, as he claimed, Tehran is not willing to come back to the negotiating table to engage in a meaningful way.