Home Economy The US weaponizing wheat in Syria The Syrian government has warned farmers in northeast Syria against using the wheat seeds supplied by USAID, which is a department of the US State Department in Washington.

The “seeds contain a high rate of nematodes [plant-parasitic worms], which reached 40 percent, and this poses a great danger to agriculture in the region, especially as its effects cause great damage that is exacerbated by the passage of time,” according to Said Hajji, head of the government’s agriculture directorate in Hasaka province.

“USAID is supplying Adana and Cihan wheat seed varieties to Syrian farmers, which are sourced from the region and undergo a series of tests at a qualified lab in (the) Kurdish Region of Iraq to verify their quality before they are transported and distributed to farmers in northeast Syria,” the spokesperson said.

The 3,000 tons of wheat seeds are Turkish seeds supplied by the US government and tested in Iraq.  The local Syrian agricultural labs have found the seeds to be inferior, and pose a danger of long-lasting damage.

The bread crisis in most of Syria is expected to become worse in the next few months due to drought and its subsequent impact on wheat crop production.

Karam Shaar, an economist and researcher at the Middle East Institute in Washington, said, “Nearly 11 million people live in the Syrian government areas, and they need about 2.8 million tons of wheat, nearly two-thirds of which goes to bread production.”

The US using wheat as a weapon of war

Since the 2011 US-NATO attack on Syria began, wheat production in Syria has almost halved, declining from a pre-war average of 4.1 million tons per year to 2.2 million tons in 2019.

Since 2012, donors and humanitarian agencies have supported bread programs across Syria, exclusively in areas under armed terrorist control, such as Al Qaeda, but never inside the areas under the central government of Damascus, which now administers to over 70% of the country.  The majority of Syrian residents have never received any donations of any kind from international aid agencies, except for the UN, which did provide some basic food items to internally displaced persons previously.

The US burning wheat crops in Syria

In the past, the US has burned wheat crops in northeastern Syria.  Residents observed explosive balloons used by US military helicopters flying low and setting fire to wheat fields, as well as low flying was used to intimidate residents who might be thinking of selling their wheat crop to the Damascus government.

Samantha Power and USAID past and present

Samantha Power, of USAID, wrote via Twitter, “To combat an anticipated wheat shortage this planting season in NE #Syria, @USAID is sending 3K metric tons of quality wheat seeds from Iraq to Syrian farmers. 2021’s wheat harvest was one of the poorest on record; these quality seeds will help prevent a food security crisis.” @PowerUSAID

Samantha Power had been the US Ambassador to the UN, under President Obama, when the Christian Armenian village of Kessab was attacked on March 21, 2014.  When asked to respond to the armed invasion, destruction of three churches, looting of homes, and murder of civilians, Samantha Power officially stated that the terrorists who carried out the attack and massacre were not affiliated with the US, and the US had no responsibility in the attack.

However, the President of the Syrian National Coalition, which was the political wing of the US-supported Free Syrian Army (FSA), was directly involved.  On April 1, 2014, Ahmad Jarba personally visited his FSA troops in Kessab and congratulated them on their victory, and their occupation and destruction of the village which last three months. On May 23, Ahmad Jarba was in the oval office with Obama and Susan Rice discussing how the US-NATO attack and invasion of Syria was progressing.

The US partnered with a Kurdish militia, SDF, in the fight to defeat ISIS. During this time the US invaded Syria and still occupies bases in Syria in contrivance to international law.

The US has used the Kurds of the northeast to weaken the government in Damascus, to split the country into political sections.  The US has kept the Kurds dependent on charity and the US military support system to prevent the Kurds from reestablishing a normal relationship with Damascus.

The general director of the Syrian Grain Establishment, Youssef Qassem, accused the US-backed Kurdish militias of preventing farmers from selling their harvest to centers run by Damascus.

“Their checkpoints have prevented the farmers from reaching centers of the Grain Establishment. The Turkish and U.S. occupation of lands in northeastern Syria has also contributed to setting ablaze agricultural lands that belong to farmers who want to sell their crops to the Syrian government, not to the militias,” he said.

The Syrian government raised the price of one kilogram of wheat to 900 Syrian pounds to entice farmers to sell their harvest to Damascus.

Qassem had reported in June 2020 that the wheat harvest had been good due to climate conditions as well as increased cultivation as a result of the removal of armed terrorist groups from farming areas.

The UN Food and Agriculture Organization issued a report on May 4 that said irregular rains and unusual temperatures were having a significant impact on the main cereal production areas in Syria.

Syrian Agriculture Minister Mohammad Hassan Qatana reported in May on a decline in wheat production that has raised fears that a full-fledged bread crisis is on its way in Syria. He added, “Wheat yields are not enough to meet all needs [of the population].” He added, “Syria has not seen such a drought in years. In previous years, drought was witnessed in one or two provinces only, while this year, all provinces have been affected, which severely impacted agriculture. Winter crops, namely wheat, and barley, whose production is strategic, were very much affected, especially in rain-fed areas.” 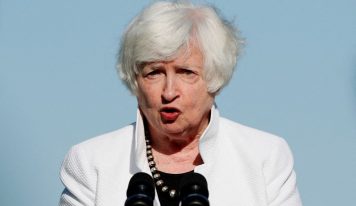