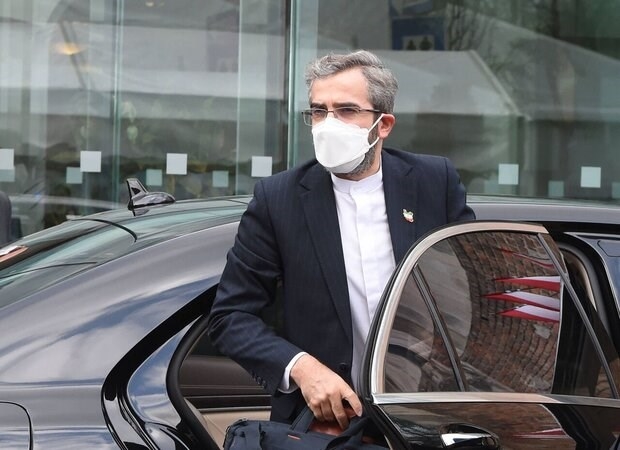 Iran confirms that there are several issues in Vienna, and announces the return of three Iranian diplomats to Saudi Arabia to resume their work at the Organisation of Islamic Cooperation.

Iran’s Foreign Ministry confirmed Monday that four basic drafts are being discussed in Vienna, noting that a large part of the differences between the negotiators has been resolved.

The Iranian Foreign Ministry highlighted that there are several issues plaguing the Vienna talks, the most important of which is the speed of the other sides’ move to offer initiatives, stressing that Iran is seeking to obtain a sustainable and credible agreement in Vienna.

Al Mayadeen’s delegate to Vienna said there is a link between lifting sanctions and the issue of Iranian centrifuges, explaining that in the event of a solution being found, an agreement will be possible.

Mehr news agency reported that Iran’s chief negotiator Ali Bagheri Kani, who returned to Tehran on Friday, left the Iranian capital Monday morning for Vienna to resume talks with representatives of the 4+1 group.

During his two-day stay in Tehran, the chief negotiator held meetings with senior officials involved in the nuclear negotiations.

US: Time is running out for nuclear deal

The US warned on Sunday that time was “running out” for a nuclear deal with Iran, stressing that the US administration policy is “straightforward,” and determined to prevent Tehran from ‘obtaining a nuclear weapon’ despite Iran explicitly assuring that its nuclear program is strictly intended for peaceful civilian purposes.

Official meetings will resume later Monday in Vienna between the Iranian delegation and representatives of the 4+1 group.

The eighth round of Vienna talks started in early January, with Iranian delegate Ali Bagheri Kani arriving in Vienna on January 3.

Earlier, the Iranian Foreign Ministry’s Spokesperson Saeed Khatibzadeh announced that “Three Iranian diplomats have arrived in Jeddah to start their work at the Organisation of Islamic Cooperation” after Saudi Arabia granted them visas.